Learn About Each Galapagos Species

inquire about
a trip

chat with
an expert

The Galapagos islands have a low biodiversity (that is, few animal species), because the islands are 600 miles (1000 km) from the continent. This huge expanse of inhospitable ocean in-between makes it very difficult for new kinds of plants and animals to reach the islands.

Marine organisms, such as green sea turtles and corals, probably came on their own, swimming, or as floating larvae. Sea birds are all strong flyers that frequently make long journeys across the open sea. But most of the Galapagos life forms reached the islands by accident, and all had a long sea voyage. During that trip, both plants and animals were exposed to saltwater, drying winds, and intense sunlight. They had no fresh water or food. Galapagos reptiles are also more likely than land birds or mammals to be able to survive under these conditions. As a result, animals of the Galapagos Islands are species whose ancestors were already well suited for its harsh environments. Compared to elsewhere in the tropics there are few birds or Galapagos mammals, and many important groups are missing. 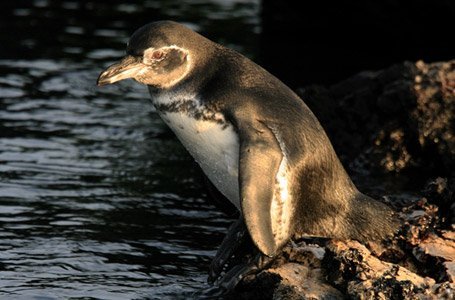 gulls
01 TALK TO AN EXPERT

02 CHAT LIVE WITH AN EXPERT

FILL OUT A FORM

If Galapagos is on your bucket list in the near future, this FREE 8-part email series contains personal tips and insider information to make your adventure a success.