Identification:
Large and pale, generally yellowish-orange in color with darker brown back. Distinguished from Marine Iguana by the rather pointed nose and from the Santa Fe Land Iguana by the more restricted row of spines along the back. Adult Male: Row of long spines along back of neck, with shorter spines on head and along upper back. Mature individuals assume some red coloration, particularly during the mating season. Adult Female: Considerably smaller and less brightly colored than adult male, with shorter spines.

Behavior:
Forms small colonies although often found singly. Males are highly, territorial, defending their territories against intruders by engaging in head-butting battles. Breeding begins in different months on different islands: on Isabela Island in January, on Fernandina Island in June, on Santa Cruz Island in September and on South Plaza Island in January. Males can take up to 12 years to reach sexual maturity. 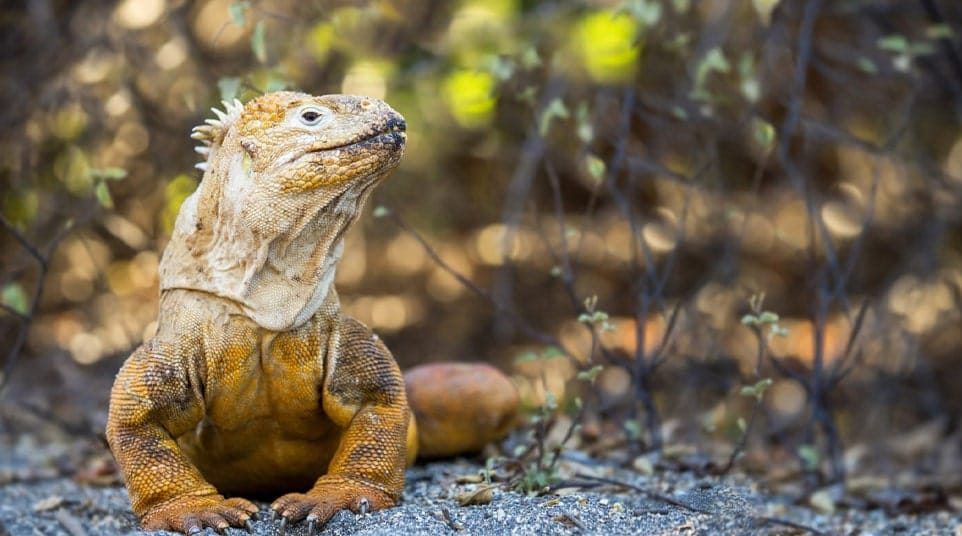