Frequent inshore and offshore, often seen during a Galapagos cruise.

Identification:
The largest of the dolphins and perhaps the most distinctive cetacean of all. The striking black body, white eye-patch and prominent dorsal fin are unmistakable. Dorsal fin size and shape varies with age and sex. Adult males possess triangular fins which can reach up to 2 m in height. Females and immatures have smaller, sickle-shaped fins. Known to hunt other marine mammals including Sea lions, Sperm Whales and Bryde's Whales in Galapagos. 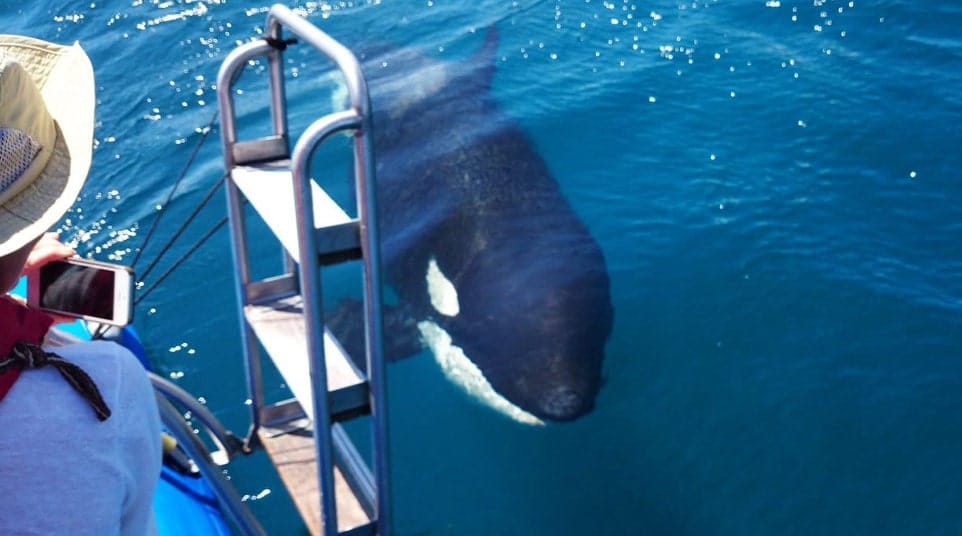