All 6 of the world's species or Rorqual whales have been recorded in Galapagos. The rorqual whales are large to very large, and include the biggest animals on earth. They differ from all other cetaceans in the region because they do not possess teeth. Instead, their upper jaws are lined with bony 'comb-like' plates called baleen which filter out small fish or zooplankton as the whale engulfs enormous quantities of seawater whilst swimming aIong. Rorquals have a double blowhole (single in toothed cetaceans), placed centrally on top of the head, a pleated throat capable of great expansion whilst feeding, a 'U'- to 'V'-shaped flattened head and a streamlined body for fast swimming.

Identification:
Easily confused with the Sei Whale due to its similar size, shape, and sickle-shaped dorsal fin. However, it possesses three lateral raised ridges on top of its head, a feature which distinguishes it from all other rorquals which only have a single ridge. The surfacing sequence is also unique, with the blowhole disappearing from view just before the fin appears. This feature alone should not be used for identification. 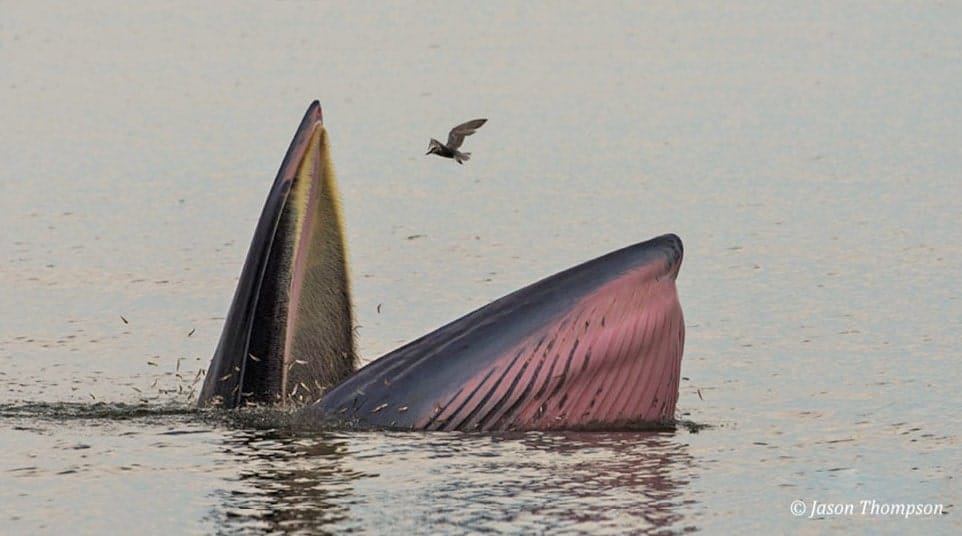