Three species or Sperm whales have been recorded in Galapagos. Although the sperm whales include two families and the largest and smallest species of toothed whale, their basic body plans are very similar. They have a characteristic large blunt head, low underslung jaw, and a blowhole positioned to the left of the centre of the head. Sperm whales are deep divers, capable of staying below for considerable periods of time as they hunt for squid and fish.

Identification:
The small size of the Pygmy Sperm Whale means that it is most likely to be mistaken for a dolphin, although its' blunt, squarish head, robust body, small dorsal fin and behavior are distinctive. However, it is extremely similar to me Dwarf Sperm Whale. Both species are typically seen traveling slowly or hanging motionless at the surface and on diving, simply sink below the surface rather than rolling forward. Both are also usually shy of boats and, when disturbed, excrete a reddish-brown ink in defense. The Pygmy Sperm Whale is slightly larger but the size and position of the dorsal fin is the key feature, being smaller and positioned further than halfway along the back. 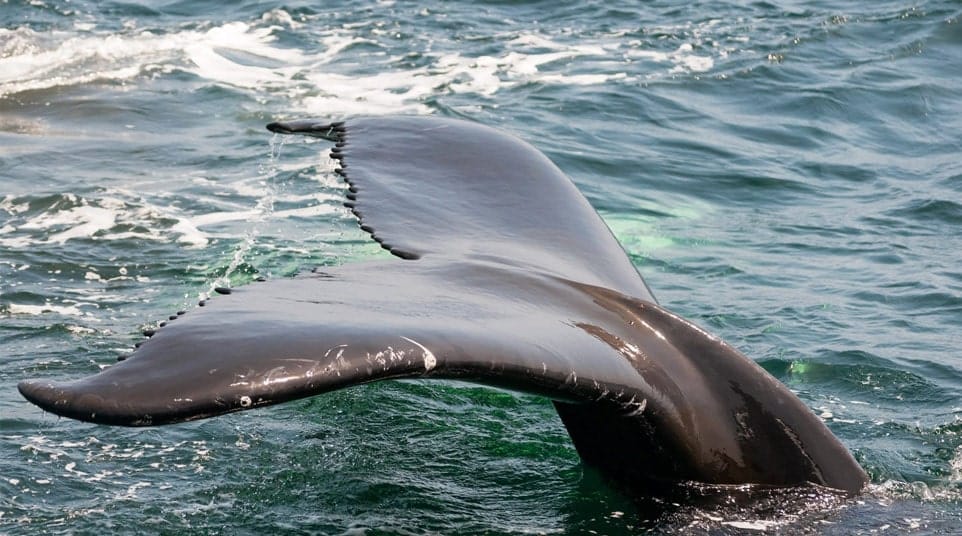