Just three species of diurnal (or day-flying) raptor birds have been recorded in Galapagos, one of which is an endemic resident. Each of the species represents a different group. The most commonly seen of these species in a Galapagos cruise is the Galapagos Hawk.

Falcons are medium-sized birds of prey with long, pointed wings which are often held angled at the wrist or carpal joint, hooked bills, a fleshy cere, relatively short but powerful legs and feet, and sharp, curved talons. The sexes are alike although females are larger than males.

Behavior:
Feeds principally on birds which are pursued at speed and caught in flight, often following a stoop from a great height 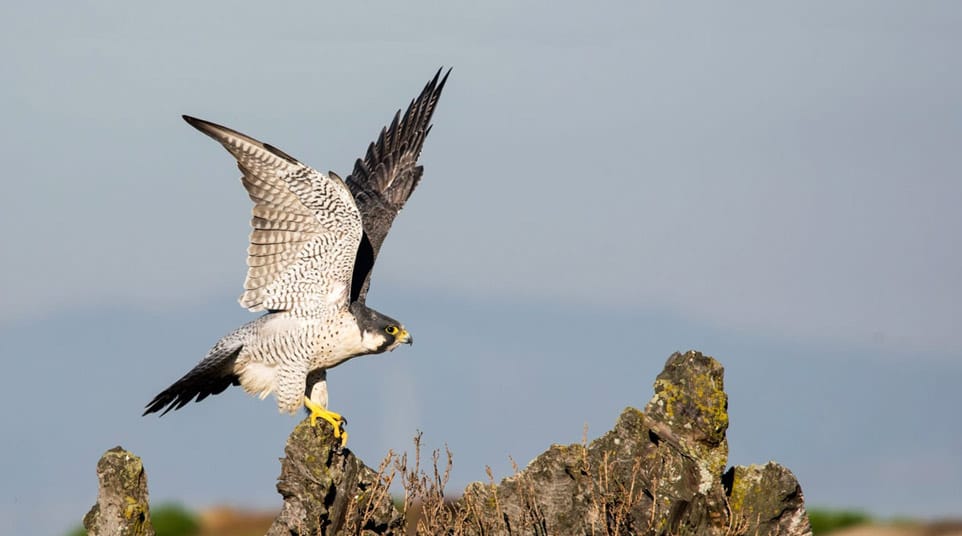