Category: Boobies
Family: Sulidae
Length: 66 - 92 cm (26 - 36 in)
Wingspan: Up to 152 cm (60 in)
Boobies are large, conspicuous seabirds with cigar-shaped bodies, long dagger-shaped bills and, in flight, long pointed wings and characteristic wedge-shaped tails. They have rather short legs but large webbed feet which, in the case of the Blue-footed and Red-footed boobies, are used during courtship, the birds deliberately lifting their feet and showing them to their mates. The sexes are alike. Boobies feed at sea by plunge-diving from the air.

Common but rather localized resident. Population estimated at 15,000 pairs (including 9,000 pairs on Genovesa / Tower Island). Breeds throughout the year, nesting colonially in trees (the other boobies nest on the ground).

Behavior:
Courtship display, performed on branches near nest, involves birds lifting their feet and waving them in the air. Partially nocturnal, feeding well away from land. This perhaps explains why it is less frequently encountered at sea during our Galapagos cruises than other boobies despite being the most numerous species in Galapagos. 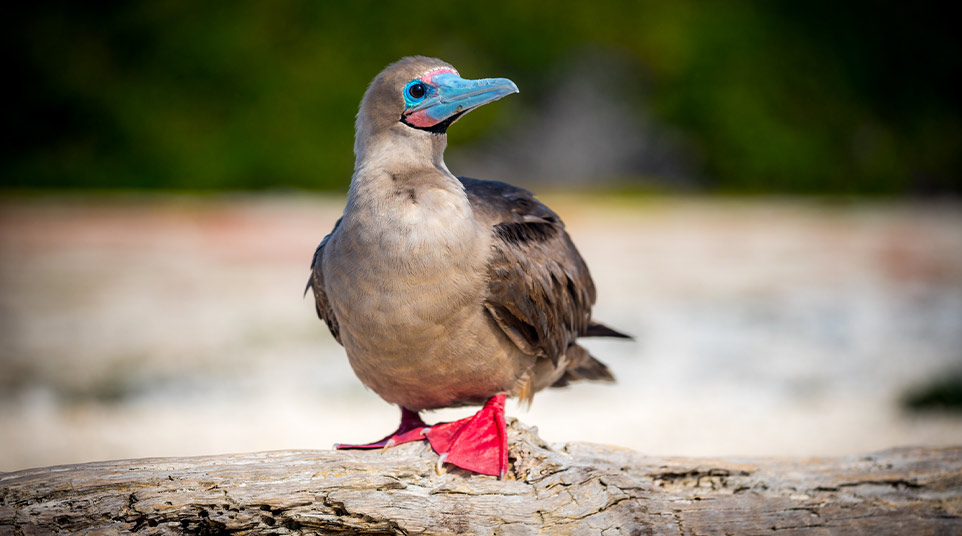