Eight species of larger land birds have been recorded in Galapagos, five of which are resident including one endemic species. The larger land birds can be conveniently divided into three groups: Pigeons & Doves, Kingfishers and Cuckoos.

Pigeons and doves are small to medium-sized, rather plump birds with small heads which are bobbed back and forth when they are walking. They have relatively small, straight bills and short legs. In flight, pigeons and doves are fast and direct with rapid wingbeats. The sexes are alike and immature plumages resemble adult plumage. 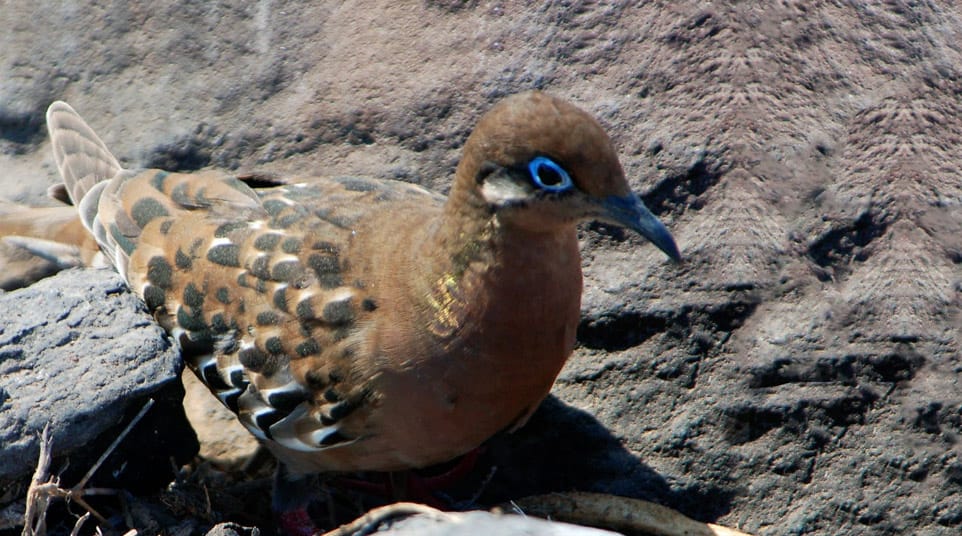