Common resident of Galapagos; endemic subspecies galapagoemis. Population estimated at many thousands and although a nest has yet to be found in Galapagos, breeding is suspected to occur between April and October. These petrels are the ones seen most often during our Galapagos cruises.

Identification:
A small storm-petrel with relatively short, broad-based and rather rounded wings, and a square-ended tail with feet protruding beyond tail in flight. Upper parts uniform dark brown, with paler brown bar on upper wings and a narrow but prominent, 'U' -shaped, pure white rump which extends to the rear flanks. Under parts dark with pale grey patch on center of belly, and ill-defined pale bar on under wings.

Behavior:
Pelagic, although often feeds close to shore. Feeds in a distinctive manner, fluttering and pattering on the water with wings raised. Often follows ships. 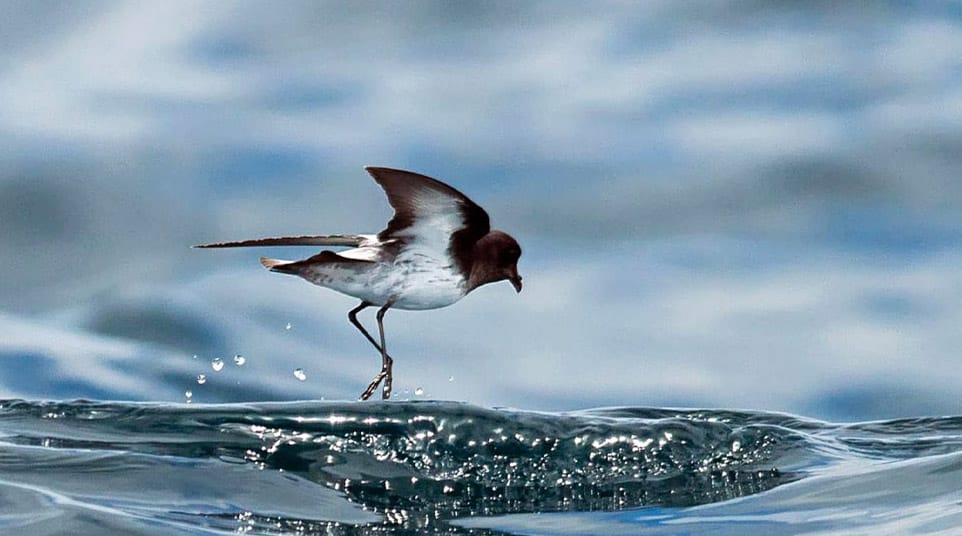