Cuckoos are medium-sized, long-tailed, short-necked birds with long pointed wings, resembling falcons in flight. They have short legs with two toes on each foot pointing forwards and two backwards. Most species of cuckoo have relatively short, stout bills, although the family also includes the black-plumaged anis which have large, ridged upper mandibles. Cuckoos are confined to the wetter, vegetated areas in Galápagos. The sexes are alike and immature plumages resemble adult plumage.

Identification:
A slim cuckoo, with a long tail and black, slightly decurved bill. ADULT: Grayish above, buff-below. Head dark grey, with blackish mask behind eye. Tail bronze above, black with white tips below. JUVENILES: Similar to adult but generally duller, with buff tips to wing-coverts, and no white tips to underside of tail. 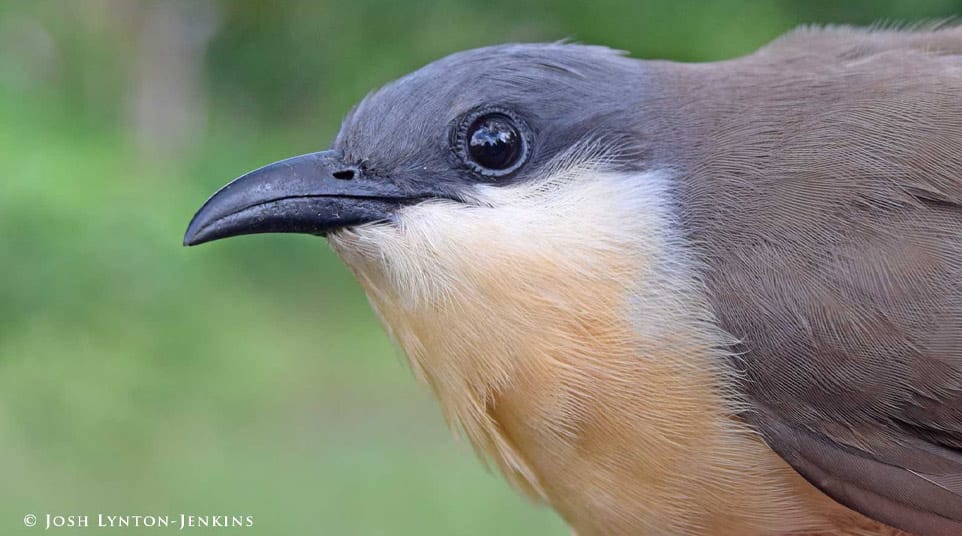