All 6 of the world's species or Rorqual whales have been recorded in Galapagos. The rorqual whales are large to very large, and include the biggest animals on earth. They differ from all other cetaceans in the region because they do not possess teeth. Instead, their upper jaws are lined with bony 'comb-like' plates called baleen which filter out small fish or zooplankton as the whale engulfs enormous quantities of seawater whilst swimming aIong. Rorquals have a double blowhole (single in toothed cetaceans), placed centrally on top of the head, a pleated throat capable of great expansion whilst feeding, a 'U'- to 'V'-shaped flattened head and a streamlined body for fast swimming.

Identification:
Very similar to Bryde's Whale both in size and appearance, but the single ridge on top of the head distinguishes it at close range. Differs from Minke Whale in Size and presence of tall, visible blow, and from Fin and Blue Whales by surfacing sequence and taller, more sickle-shaped fin. On surfacing, dorsal fin breaks the surface at the same time as the blowhole. 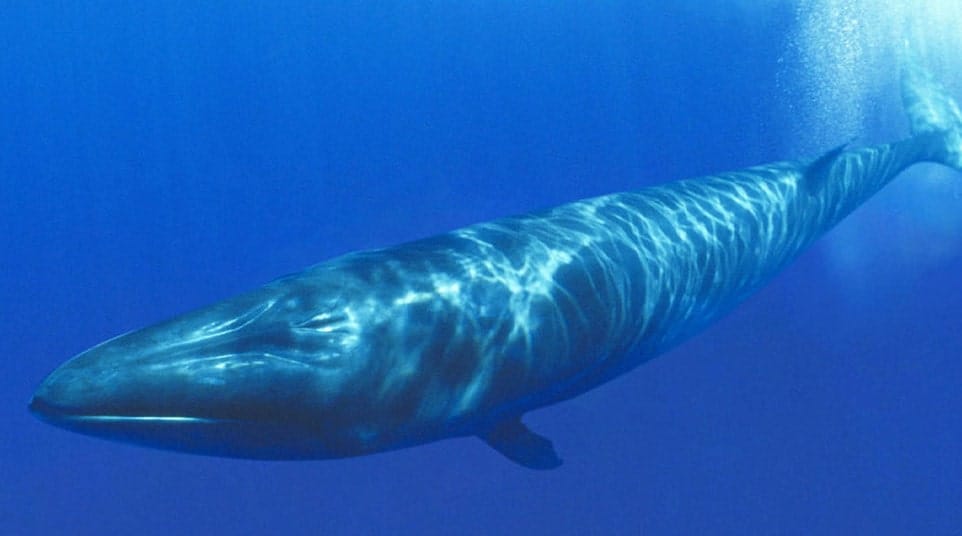