General Description:
Tropicbirds are predominantly white seabirds, resembling gulls and terns in size and structure. They are distinguished from these birds in adult plumage by their elongated central tail feathers and in all plumages by a black 'mask' through the eye. The bill is stout and slightly decurved and the legs are short with webbed feet. The sexes are alike. Tropicbirds feed at sea, flying low over the water and plunging to catch their food. They are often seen resting on the water with the tail raised.

Red-billed tropicbirds are common residents of Galapagos; population estimated to be a few thousand pairs in about 30 colonies. Nests colonially in rocky crevices or on the bare ground, breeding throughout the year.

Behavior:
Feeds by hovering and plunge-diving, usually far from land. Flight is graceful, alternating fluttering wing beats with gliding. Often seen resting on the sea with the tail raised. 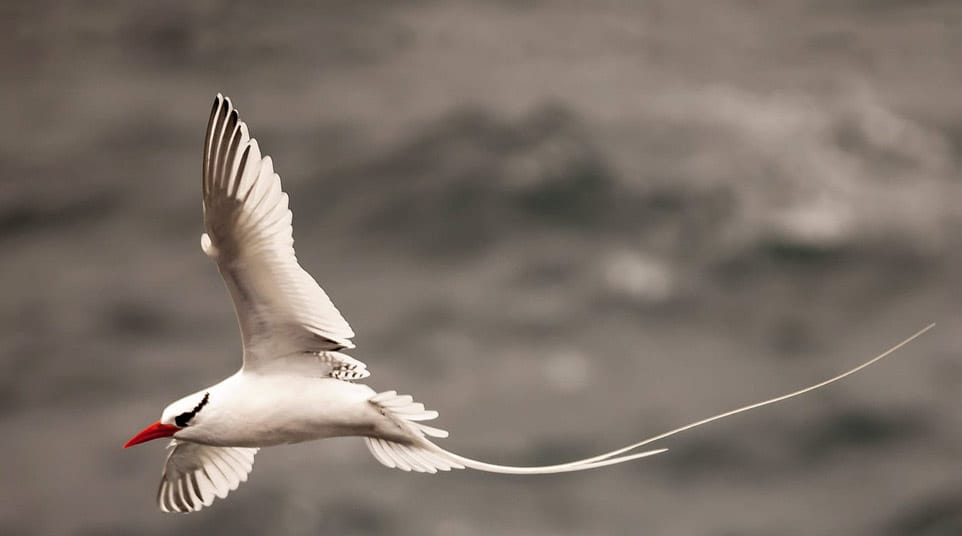