Flycatchers are small birds with large heads; short, broad-based, flat bills; and short legs. They have a rather erect posture and feed by making sallies from exposed perches to catch passing insects. The two species resident in Galapagos are readily identifiable.

Identification:
Smaller and daintier than Large-billed Flycatcher. ADULT MALE: Unmistakable, with brilliant red crown and underparts, black mask and upperparts. ADULT FEMALE AND JUVENILE: Brown above and yellow below, with a whitish supercilium and pale throat and chin; lacks wing-bars. The subspecies dubius differs from nanus in being slightly smaller and generally paler in all plumages

Behavior:
Typical flycatcher, chasing insects in the air and foraging on the ground.

The only species of New World blackbird recorded in Galápagos is the Bobolink. This species is medium-sized with a longish, rather ragged-tipped tail and short, conical bill. Males are readily identified in breeding plumage bur females and juveniles are brown and streaked. 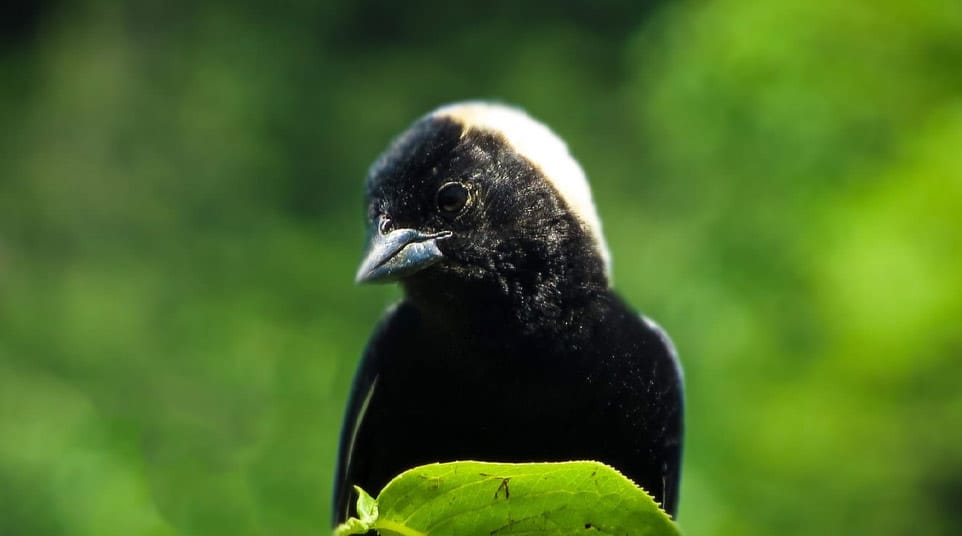