Identification:
The Blue Whale is the largest animal on the planet, but its size is not the easiest feature with which to distinguish it. Instead, concentrate on surfacing sequence, fin size, and coloration. Confusion is most likely with the Fin Whale but on surfacing a Blue Whale exhales an even larger blow. The head then disappears to reveal a long rolling back before, finally, a tiny, stubby dorsal fin appears just before the animal sinks below the surface. Body color is bluish-grey but, unlike Fin Whale, it is usually covered with pale mottling. 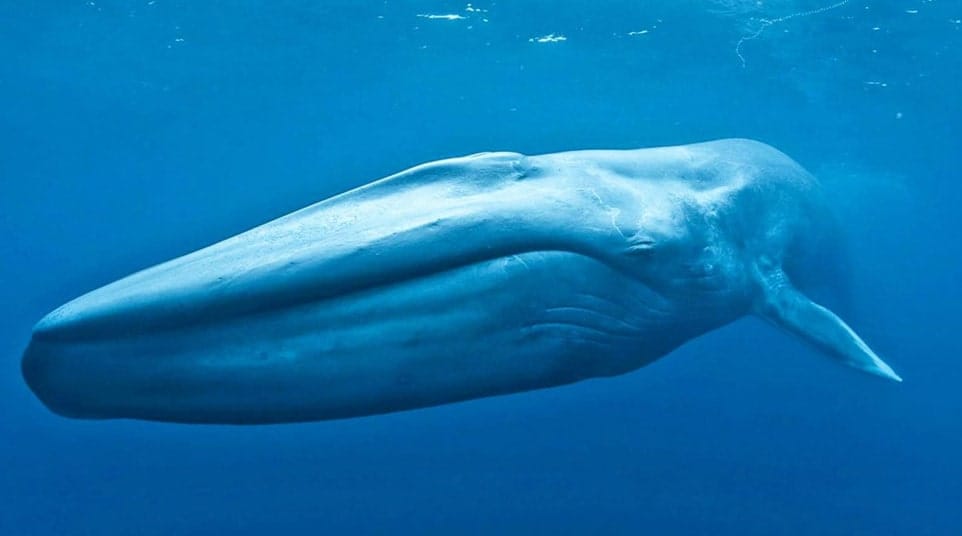