Dolphins are smaller than most whale species and possess streamlined bodies, usually with a prominent, centrally placed dorsal fin, and a protruding beak. Their bodies have various patterns, colors and spotting which are often key to identification. Dolphins are generally social, capable of great speed, breathtaking acrobatics and bow-riding. They prey on a great variety of fish, squid and other marine life.

Frequent inshore and offshore, often seen during a Galapagos cruise.

Identification:
Due to its popularity in aquaria and with the media, this is perhaps the most familiar of all the dolphins. It is also one of the most distinctive. Bottle-nosed Dolphins are large, robust animals which move powerfully through the water. Their size and plain gray coloration, paler below but with no distinct flank markings, set them apart from all but the Rough-toothed Dolphin. However, the distinct bulging forehead and short, stubby beak distinguish it from Rough-toothed. 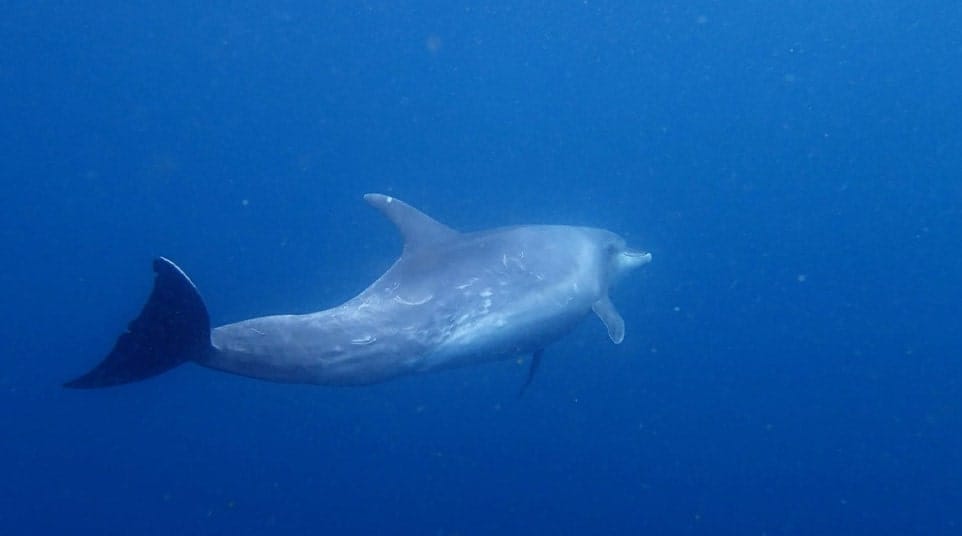