Regular migrant, mostly from October to May. Breeds in North America, spending the northern winter on the west coast of South America.


A smallish gull. ADULT BREEDING: White under parts and tail with medium-gray mantle and upper wings. Black hood with bold white crescents above and below eye. Bill dark red. In flight shows equal amount of black and white at wing-tip. ADULT NON-BREEDlNG: Differs from breeding adult in much reduced hood, with black only around and behind the eye. FIRST-WINTER: Saddle dark grey; rest of upper parts and upper wings gray-brown; partial hood as in non-breeding adult. In flight, white tail has black sub terminal band which does not extend to the edge of the rail as the outermost tail feathers are white. 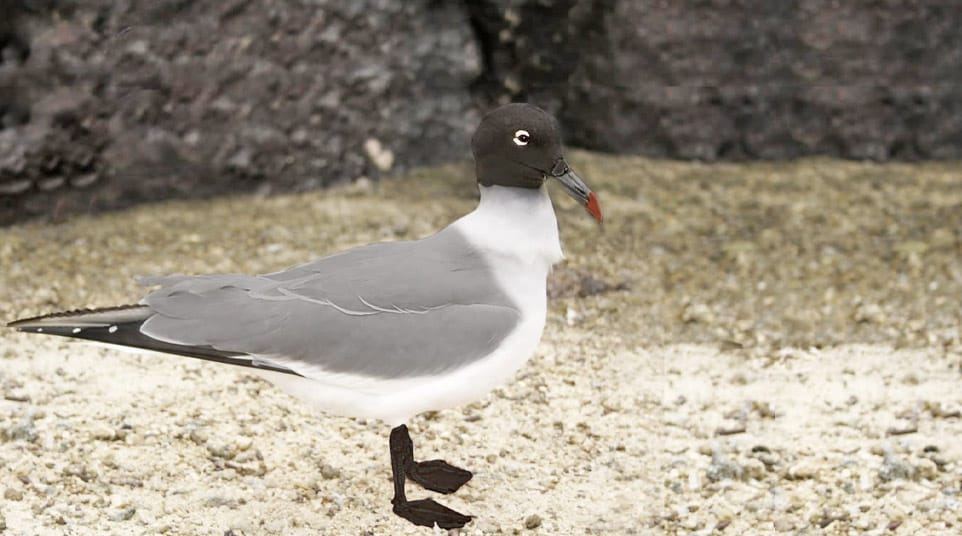