Category: Boobies
Family: Sulidae
Length: 66 - 92 cm (26 - 36 in)
Wingspan: Up to 152 cm (60 in)
Boobies are large, conspicuous seabirds with cigar-shaped bodies, long dagger-shaped bills and, in flight, long pointed wings and characteristic wedge-shaped tails. They have rather short legs but large webbed feet which, in the case of the Blue-footed and Red-footed boobies, are used during courtship, the birds deliberately lifting their feet and showing them to their mates. The sexes are alike. Boobies feed at sea by plunge-diving from the air.

Voice:
At breeding colony, males give a plaintive whistle whereas females and immatures give a hoarse "quack". 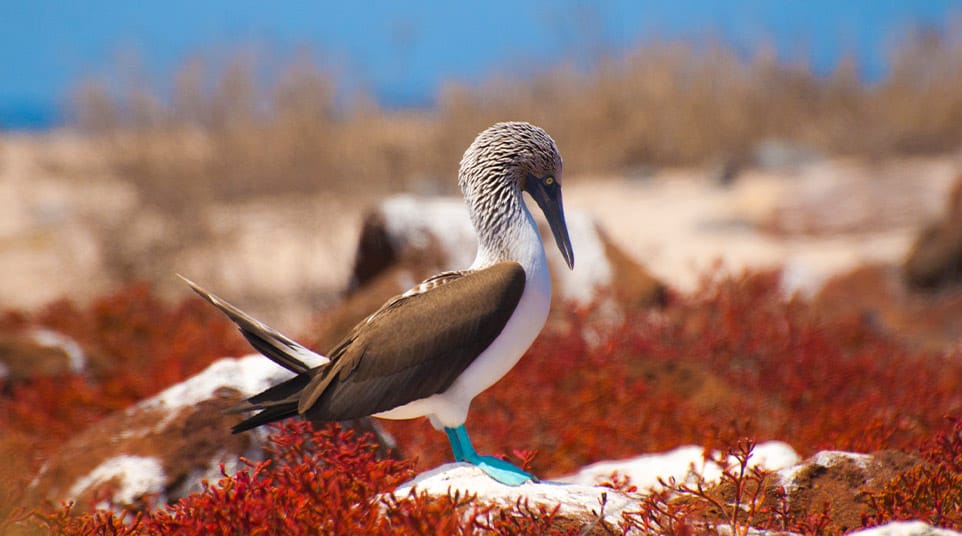