Identification:
The Short-finned Pilot Whale is one of the easiest species to identify due to its characteristic shape and behavior. On surfacing, the bulbous, rounded head precedes a robust body with a dorsal fin set well forward. Behind the dorsal fin is a pale 'saddle patch' followed by a long back and tail stock. In both sexes the dorsal fin is very broad at the base, but this is especially so in adult males which have a large, flag-shaped fin. Because they tend to feed at night, most of the day is spent either traveling at a leisurely pace or logging. 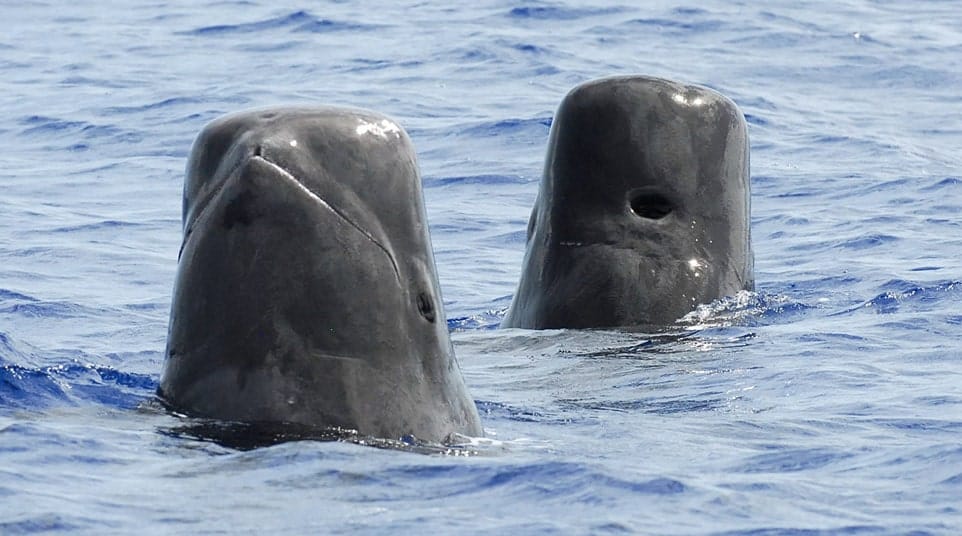