Category: Oystercatchers
Oystercatchers are large shorebirds with medium-length legs and long, orange bills. The only species recorded in Galapagos, American Oystercatcher, has a distinctive black and white plumage. The sexes are alike.

Behavior:
Usually found in pairs and not afraid of humans. Commonly seen during a Galapagos cruise. 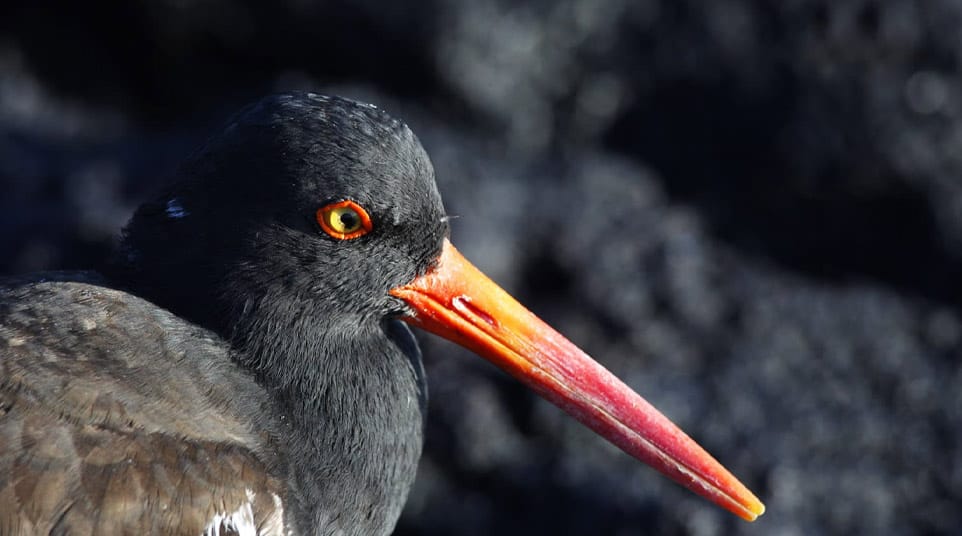