+
+
Geckos in the Galapagos

Geckos are very small, nocturnally-active reptiles. They resemble lava lizards but have thicker tails and rather broad heads with large eyes. Their toes are diagnostic, having folds of skin which form pads enabling them to climb even smooth vertical surfaces with ease.

Locally common in the shore and arid zones and around human habitation. Ten species occur in Galapagos, six of which are endemic (although one may be exrinct) and three of which have been introduced in recent times.

Identification:
Geckos resemble lava lizards but are readily identified by their small size and rather broad heads with large, dark eyes, the pupil being a vertical slit, and permanently closed, transparent eyelids. Their toes are diagnostic, having folds of skin which form pads enabling them to climb even smooth vertical surfaces with ease. Geckos have soft skin and generally sandy-colored bodies with dark mottling on the upper surface and often a pale line through the eye. Specific identification is impossible without first catching individuals. However, only San Cristobal supports more than one of the indigenous species and the introduced species are restricted to areas of human habitation, principally on Santa Cruz. Identification can therefore usually be made on the basis of distribution.

Behavior:
Active only at night when they can be quite vocal, giving high-pitched squeaks. During the day they hide under rocks, logs and in cracks and thus are not commonly seen during a Galapagos cruise. Galapagos geckos breed in October and November. 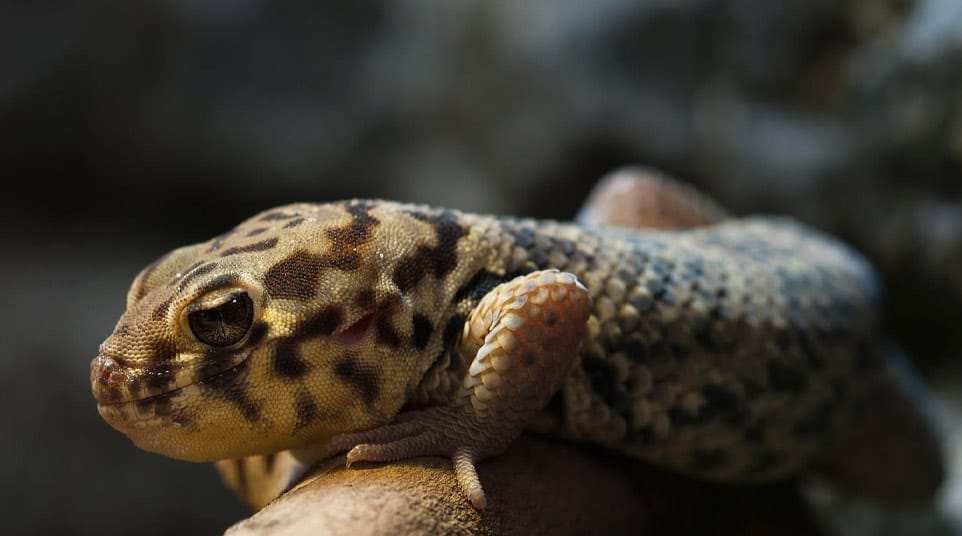 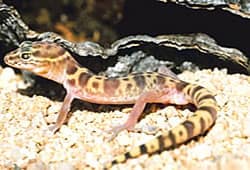 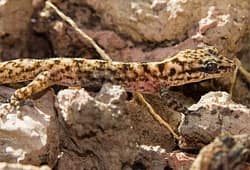 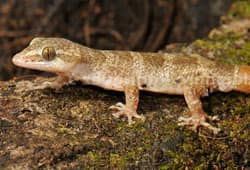 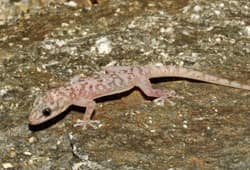 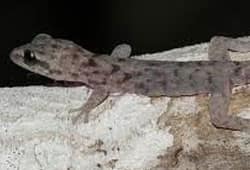 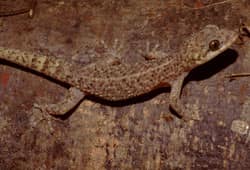 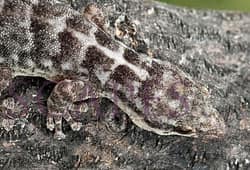 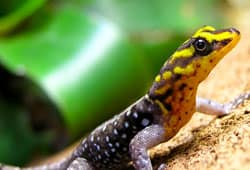 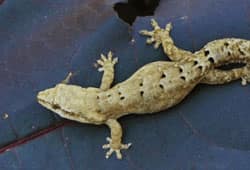 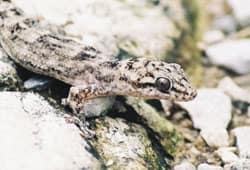