Up until 1971, the last reported sighting of a giant tortoise on Pinta Island (located north of the archipelago) had been in 1906 when the Galapagos Islands were visited by the California Academy of Sciences. They collected 3 males, which were the last tortoises seen on Pinta for the next 60 years. In 1971 a scientist studying snails on Pinta Island saw a solitary tortoise in the distance. This was reported to the Galapagos National Park authorities and a search was mounted soon after to find the tortoise. However, it was not until 1972 that National Park wardens found Lonesome George on the island while out on a job to exterminate goats on Pinta Island. While hunting the goats the park wardens stumbled upon a solitary male tortoise and took him back to the research station.

While in captivity at Santa Cruz Island, the tortoise was named "Lonesome George", a name that derived from being the only surviving specimen of his species and "George," after the U.S. actor George Goebel, who called himself "Lonesome George" in a television program. Many years later, Lonesome George was placed in a corral with female tortoises from Wolf Volcano, on Isabela Island. The idea was that by placing these animals together, the Pinta Island subspecies through Lonesome George would pass along at least some of his genes into future generations. The Wolf tortoise subspecies was morphologically the most closely related species to that on Pinta Island. The goal was to maintain George's sexual activity for the possibility that a Pinta female would be found in a zoo somewhere in the world, or at least that there would be some back crossing to create offspring as closely related as possible to the Pinta tortoise. Unfortunately, Lonesome George has yet to succeed in breeding successfully with these females, and we do not yet fully understand the reasons. "Mounting" took place, but no eggs ever resulted.

The story of Lonesome George has traveled all around the world. Zoos have been offered a reward of $10,000 dollars for a Pinta Island tortoise female, but the reward was never claimed. On the morning of Sunday, June 24, 2012, Lonesome George was found dead in his corral by his keeper of years, Fausto Llerena. George will be embalmed and exhibited at the Charles Darwin Research Station on Santa Cruz Island. 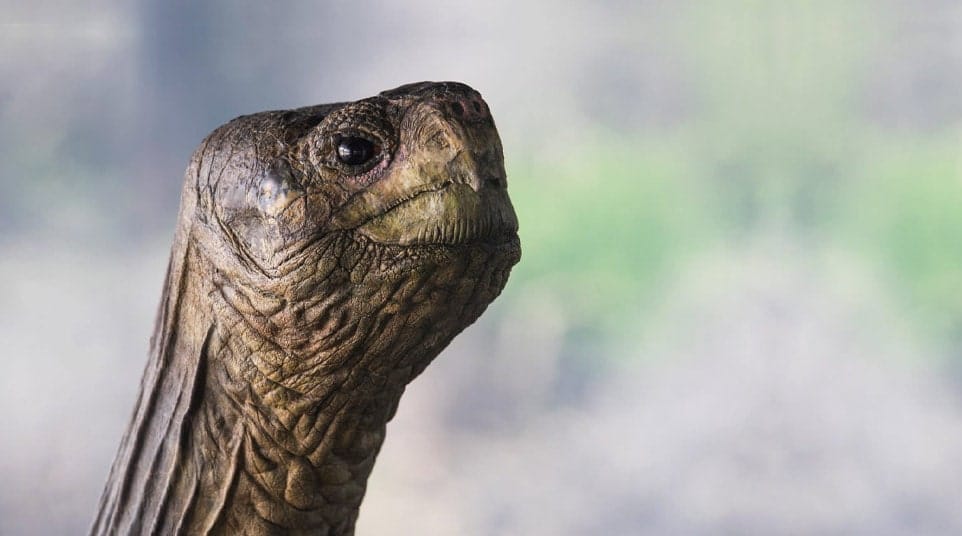