About Pinta Island in the Galapagos

Outstanding characteristics: This island was the home to Lonesome George, the last remaining specimen of the Pinta Island Tortoise.

Pinta Island is the birth place and original home of Lonesome George, the most famous tortoise in the Galapagos Islands. Isla Pinta, also known as Abingdon Island, is the 9th largest island in the Galapagos, Pinta Island has no visitor sites, although there are several landing sites around the Island. Visitors require a special permit from the Galapagos National Park to go ashore on Pinta Island and it cannot be visited on a normal Galapagos cruise.

With a total area of just 23 square miles, or 60 square kilometers, Pinta Island is home to a wide variety of wildlife, including swallow-tailed gulls, marine iguanas, Galapagos hawks, fur seals and a number of other birds and mammals. At one time Isla Pinta had a thriving tortoise population, however due to the poaching of these giants by fishermen and whalers over the years, the number of these tortoises has diminished to the point that there is only one specimen left alive today. In addition, with the introduction of goats in 1958 to the islands by whalers and fishermen, a lot of harm was caused to the plants and vegetation of Pinta Island and to the wildlife that inhabited it.

Lonesome George is the last survivor of the subspecies of tortoise from Isla Pinta. Although many efforts have been made to breed Lonesome George with other tortoises over the years, they have all been unsuccessful thus far. Read more about Lonesome George from Pinta Island here. 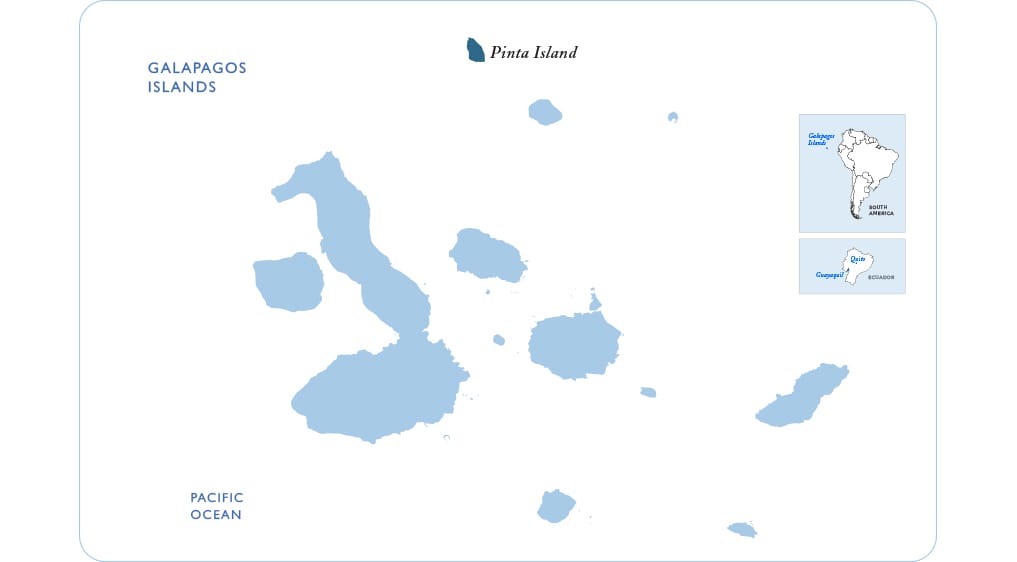