About Santa Fe Island in the Galapagos

Geology: Santa Fe Island is one in which lavas were extruded beneath the sea and later were uplifted (although recent evidence suggests subsequent sub-aerial activity); the island is crossed by a number of parallel cliffs formed by fault activity. This island has lavas of 3.9 million years of age, making it the oldest island successfully dated in the archipelago.

Santa Fe Island offers one of the more beautiful and sheltered coves in the islands. Its turquoise lagoon is protected by a peninsula of tiny islets forming an ideal anchorage. The island lies southeast of Santa Cruz Island within sight of Puerto Ayora. Geologically it is one of the oldest islands in the archipelago and for many years was thought to be a product of an uplift event. Through satellite imagery it has been possible to determine the island's volcanic origins.

A Santa Fe Galapagos travel adventure includes a wet landing on a sandy white beach brings visitors into contact with one of many sea lion colonies. Bulls contend for the right of being the Beach Master, while smaller males mask as females to make stealthy mating moves. Galapagos hawks are often easily approached, perched atop salt bushes, and an ascending trail leads toward the cliffs, where a dense thicket stands to the inland side. The cliff side provides an expansive view of the ocean. The giant prickly pear cactus found here live up to their name, with tree-sized trunks! 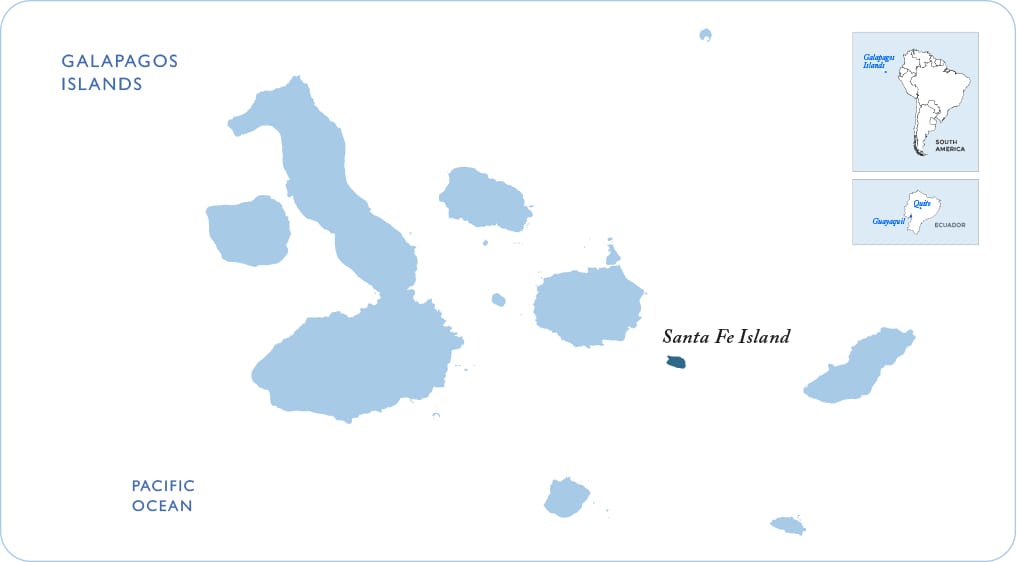