Information about the Galapagos Islands

Learn About Each Island

The Galapagos Archipelago is a cluster of some 13 volcanic islands and associated islets and rocks located just under the equator, about 600 miles (1000km) west of Ecuador in South America. The oldest of the islands are about 4 million years old and the youngest are still in the process of being formed. These Islands that we visit on our Galapagos cruises are considered to be one of the most active volcanic areas in the world.

About 97% of the islands are part of the Galapagos National Park system, with the remainder being inhabited by about 14,000 people in four major communities (Puerto Ayora, Puerto Baquerizo, Puerto Villamil and Floreana). The Galapagos National Park Service and the Charles Darwin Research Station jointly operate the islands. The Park Service provides rangers and guides, and is responsible for overseeing the many tourists who visit each year. The Darwin Station conducts scientific research and conservation programs. It is currently breeding and releasing captive tortoises and iguanas.

This group of 13 mayor islands and dozens of smaller islets and rocks - all the result of volcanic activity - certainly appear to be out of this world. They are, in fact, an unpredicted wilderness, filled with extraordinary populations of unique species, which have developed apart from humans and their dominating influence. In a effort to preserve the islands as they were centuries ago, the Galapagos have been declared a World Heritage Site by UNESCO.

Belong to?
The Galapagos Islands belong to the country of Ecuador

Famous for?
British Scientist Charles Darwin based his theory of Evolution on his findings in the Galapagos 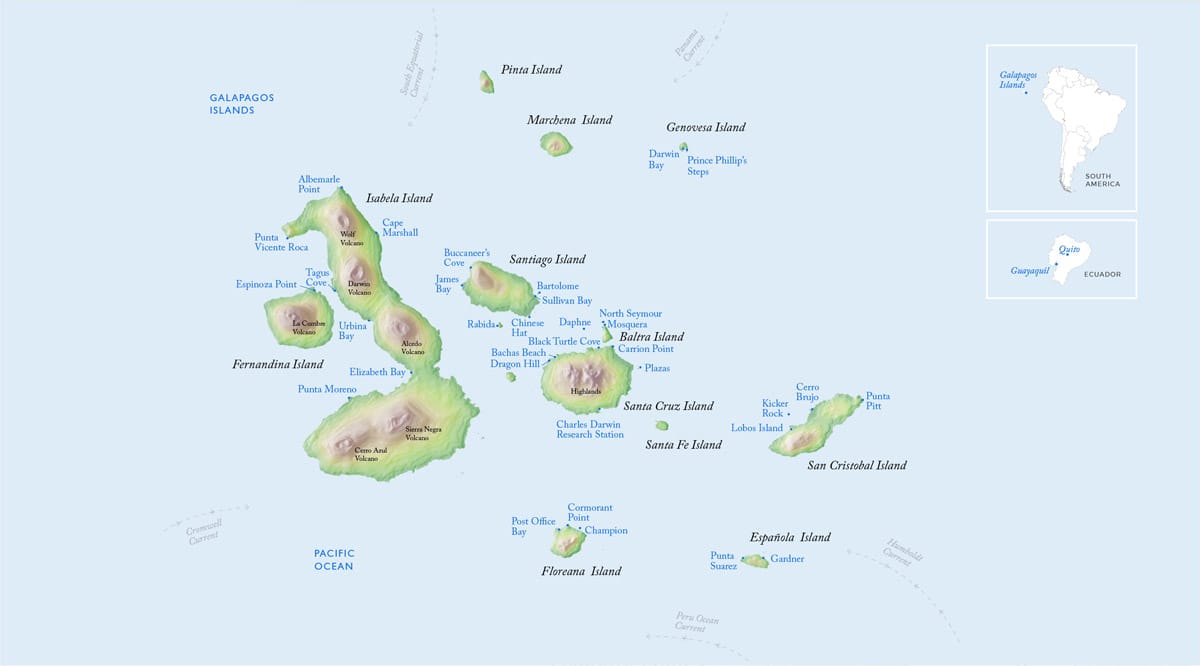