About North Seymour Island in the Galapagos

North Seymour Island was lifted from the ocean floor by a seismic event, and its origins as a seabed give the island its low, flat profile. Cliffs only a few meters high form the shoreline, where swallow-tailed gulls sit perched in ledges. A tiny forest of silver-grey Palo Santo trees stand just above the landing at North Seymour Island, usually without leaves, waiting for the rain to bring them into bloom. Prickly pear cacti are also very common in the edges of cliffs and shores.

North Seymour Island is teaming with life and is a great visitor site on your Galapagos cruise! You might have to give way to a passing sea lion or marine iguana. Blue-footed boobies nest on either side of the trail where mating pairs perform their courtship dance. Further along the rocky shore a strand of white sand lies inland, and large flocks of sea birds mass for outstanding feeding frenzies, rendering a tableau for us from ages long past. The trail in North Seymour Island turns inland to reveal the largest nesting site in the Galapagos of the magnificent frigate bird. These huge, dark acrobats have 5 foot wingspan, and males, with inflated scarlet gular pouches, sit precariously in low bushes to watch over their equally large chicks. 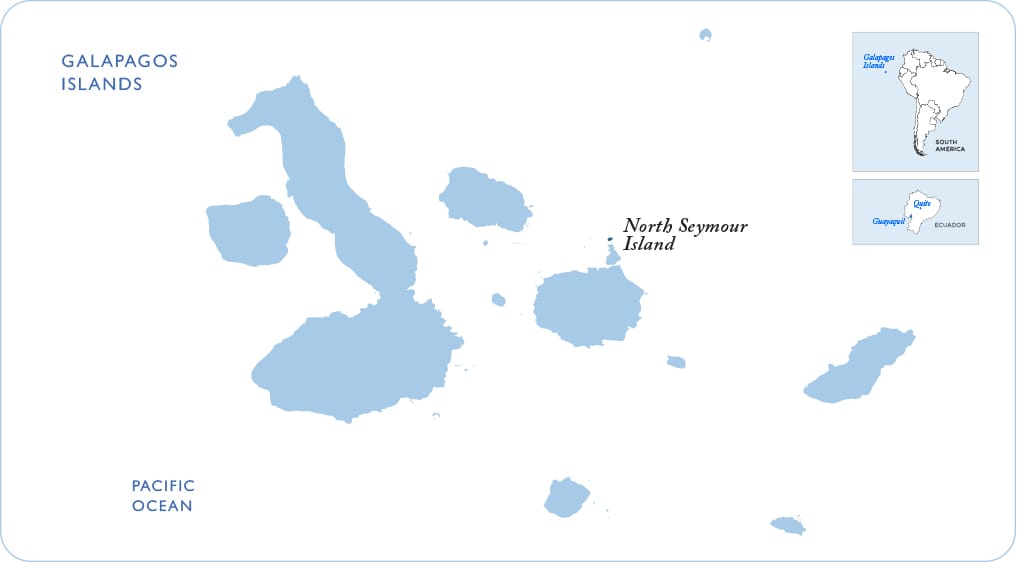