Common resident; endemic subspecies tethys. Population estimated at c. 200,000 pairs in 3 colonies. Nests colonially in burrows or crevices, breeding throughout the year but mainly during the cold season (April to October).

Identification:
A medium-sized, relatively long, narrow-winged storm-petrel. Upper parts uniform dark brown with paler brown bar on upper wing and large, triangular-shaped, pure white rump which extends almost to the tip of the tail and to the upper flanks and lateral under tail-coverts. Under parts dark, sometimes with ill-defined pale center to under wings.

Behavior:
Pelagic. Flight fast and rather forceful with deep wing beats and involving much banking and twisting, often high over the waves. Typically flies with wings held bowed and angled slightly forwards. When feeding skips and bounds over the surface, sometimes pattering on the water in a manner reminiscent of Elliot's Storm-petrel. Unique among storm-petrels in visiting the breeding grounds by day and feeding at night. Occasionally follows ships. 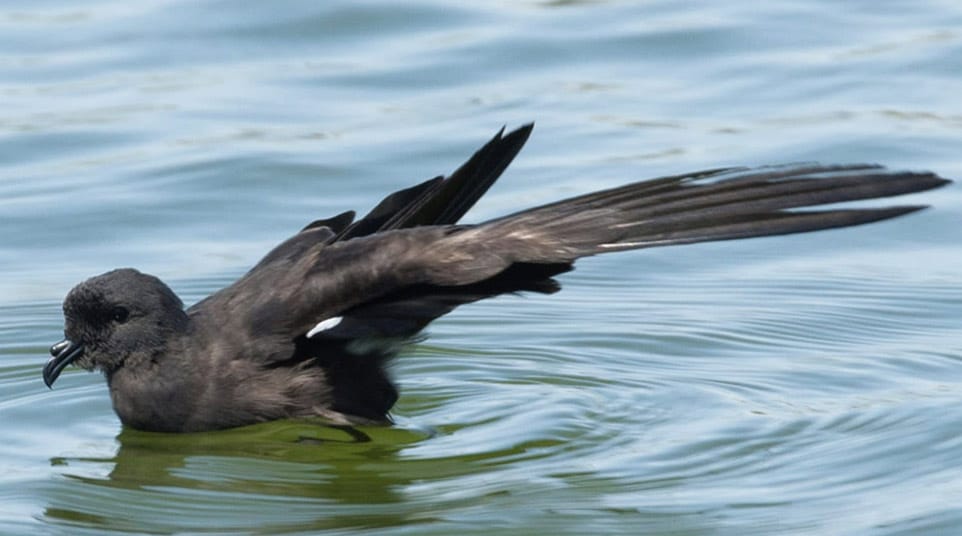