There is one flamingo species that is resident to the Galapagos Islands, the Greater Flamingo. Flamingos are large and unmistakable birds with extremely long legs and neck, and unique kinked bill. In adults the plumage is pink. The sexes are alike.

Voice:
A series of rather goose-like "ah-ah-ah ..o" calls.

Behavior:
Feeds in small groups in saltwater lagoons. Occasionally seen at sea flying from one island to another. Flamingos are commonly seen during a Galapagos cruise. 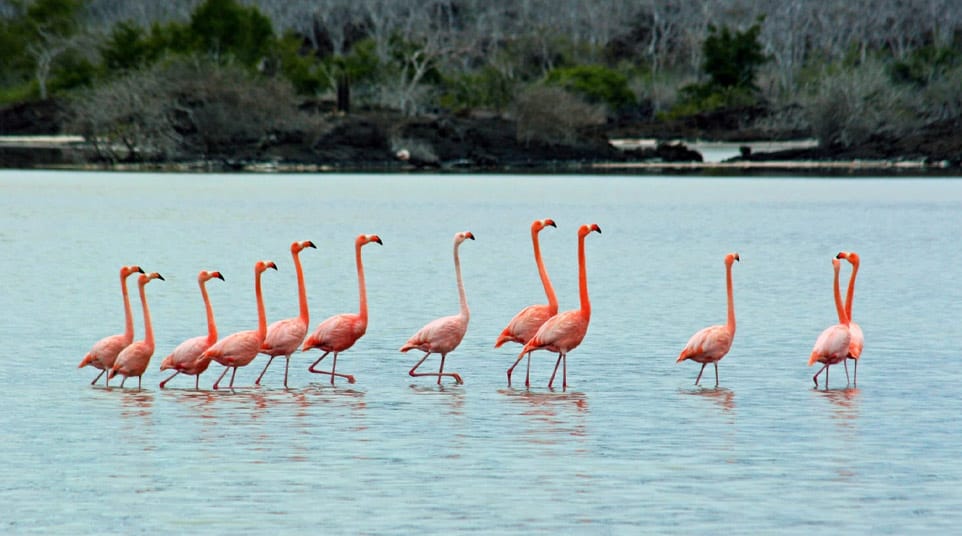