Regular migrant of Galapagos, found on rocky shores and lagoons, also around pools and in grassy areas in the highlands.?

Identification:
Whimbrels are unmistakable: the only large wader with a long, down curved bill. Long-legged with conspicuously striped crown. ADULT: Upper parts grey-brown; under parts paler with fine streaking on breast. JUVENILE: Upperparts slightly darker than in adult with buff spots and fringes on flight feathers.

Behavior:
Found on rocky shores and lagoons; also around pools and in grassy areas in the highlands. 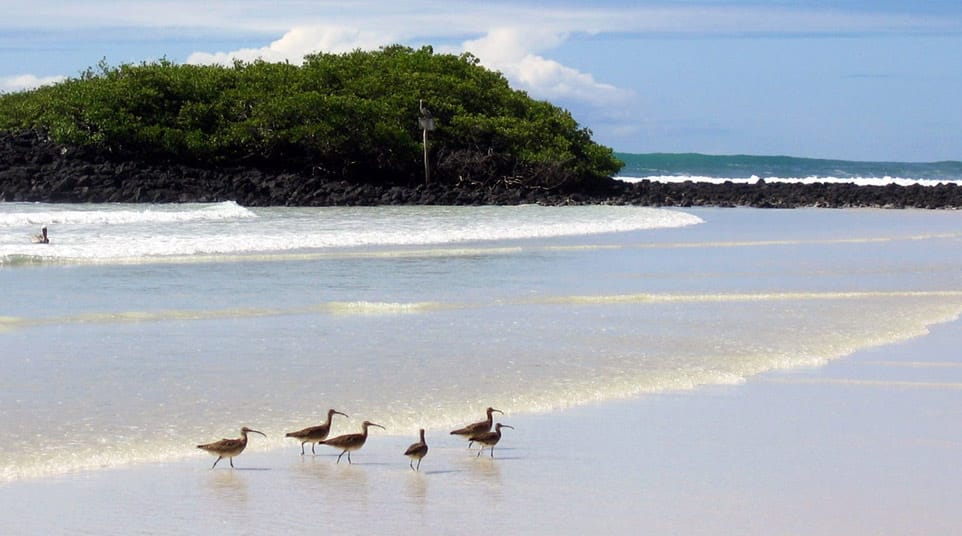