Eight species of larger land birds have been recorded in Galapagos, five of which are resident including one endemic species. The larger land birds can be conveniently divided into three groups: Pigeons & Doves, Kingfishers and Cuckoos.

Kingfishers are small to medium-sized, stocky birds with short legs and necks, large heads and very large, dagger shaped bills, which are used to catch fish. The only species recorded in Galapagos, the Belted Kingfisher, is large with unmistakable plumage.

Identification:
Unmistakable; the only kingfisher recorded in Galapagos. Stocky built, with large, crested head and strong, dagger-like bill. Adults are blue-grey above, with a broad white collar. Underparts mainly white with, in male, a single blue-grey breast-band and in female an additional rufous band across the upper belly, extending to the flanks. Juveniles resemble adults, but have rufous tones to the breast-band. 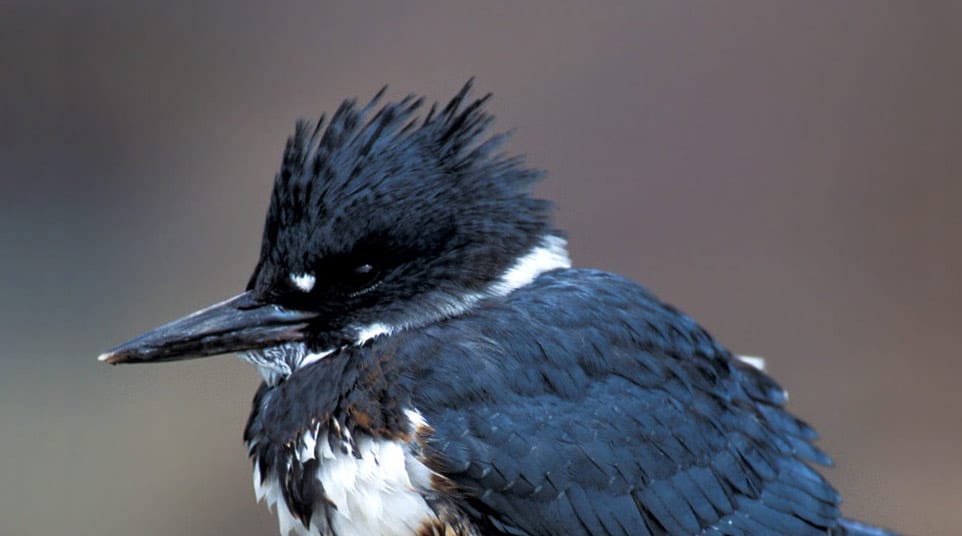