Dolphins are smaller than most whale species and possess streamlined bodies, usually with a prominent, centrally placed dorsal fin, and a protruding beak. Their bodies have various patterns, colors and spotting which are often key to identification. Dolphins are generally social, capable of great speed, breathtaking acrobatics and bow-riding. They prey on a great variety of fish, squid and other marine life.

Identification:
This small and acrobatic dolphin is very similar in shape to the Striped Dolphin and Pantropical Spotted Dolphin, so identification in poor light can be difficult. In good light this species is easily identified by its coloration and patterning. The dorsal fin and cape are black, with the cape dropping to form a 'V' -shape on the flanks below the dorsal fin. The flank is colored in a criss-crossed pattern with yellow-buff from the eye to the dorsal fin, and with grey between the dorsal fin and the mil. The base of the dorsal fin is often pale and a black line runs between the beak and the flipper. 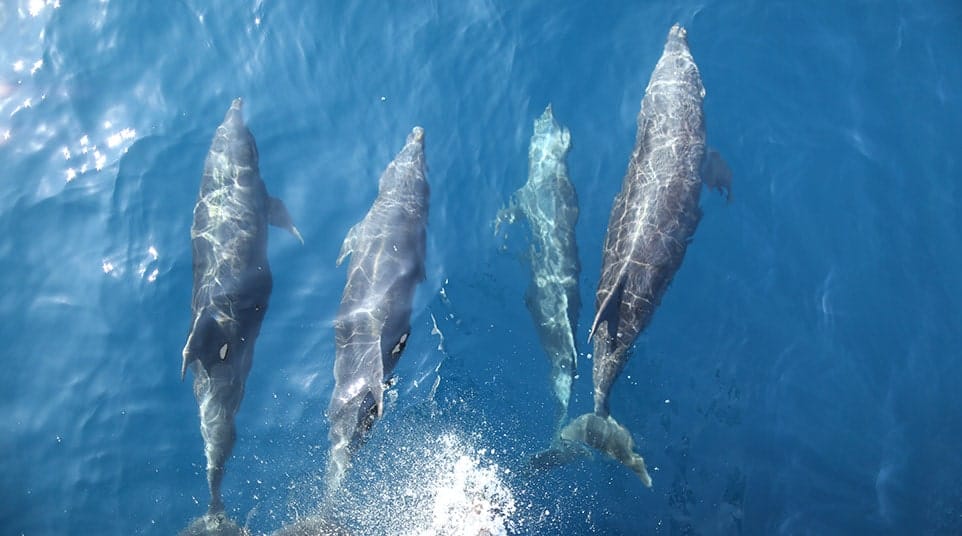