General Description:
Four species of ducks have been recorded in Galapagos although only one is endemic to the Islands, the White-cheeked Pintail. Ducks are medium-sized water birds with plump bodies, short necks with rounded heads, and medium-length, blunt-tipped and slightly flattened bills. Their legs are short and their feet webbed. Ducks are usually seen on the water or at rest on land. In flight, they are fast and direct, with rapid wing beats, and the head and neck are held outstretched. The While-cheeked Pintail is a fairly common resident of the Islands; endemic subspecies galapagnsis. It breeds opportunistically throughout the year when conditions are favorable, nesting near the ground in waterside vegetation.

Voice:
Usually silent, although when calling, males make a low whistle and females utter a weak, descending series of quacks.

Behavior:
Usually found singly or in pairs or small groups near open wetlands, both near the coast and in the highlands. Usually feeds by dabbling and up-ending, although regularly dives for food in deep water. 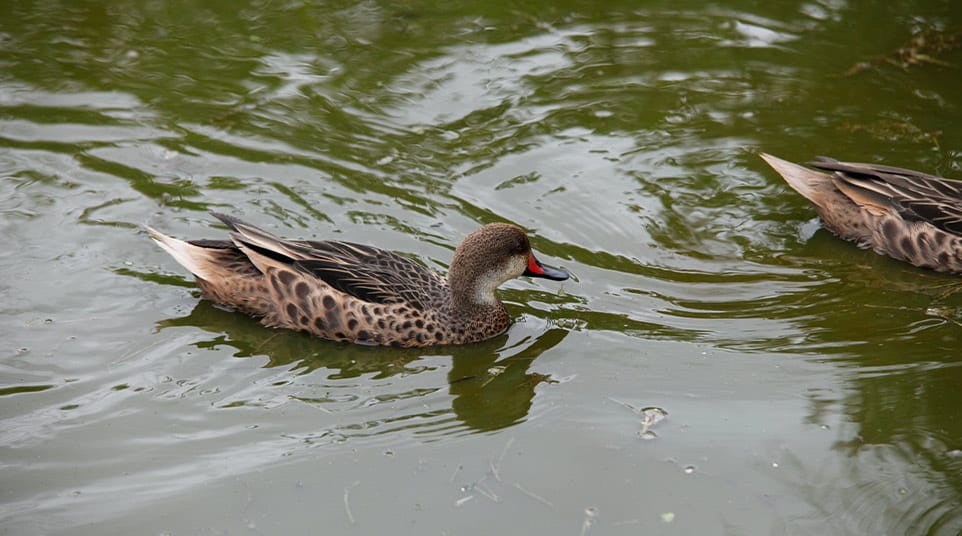