The Sooty Tern is a resident of the archipelago; breeding only on Darwin Island, where it is present in very large numbers. This bird is seen only infrequently elsewhere in Galapagos and thus we are not very likely to see it on a Galapagos cruise.

Behavior:
Very buoyant flight. Often seen feeding in large flocks, snatching food from the surface of the sea; does not plunge dive 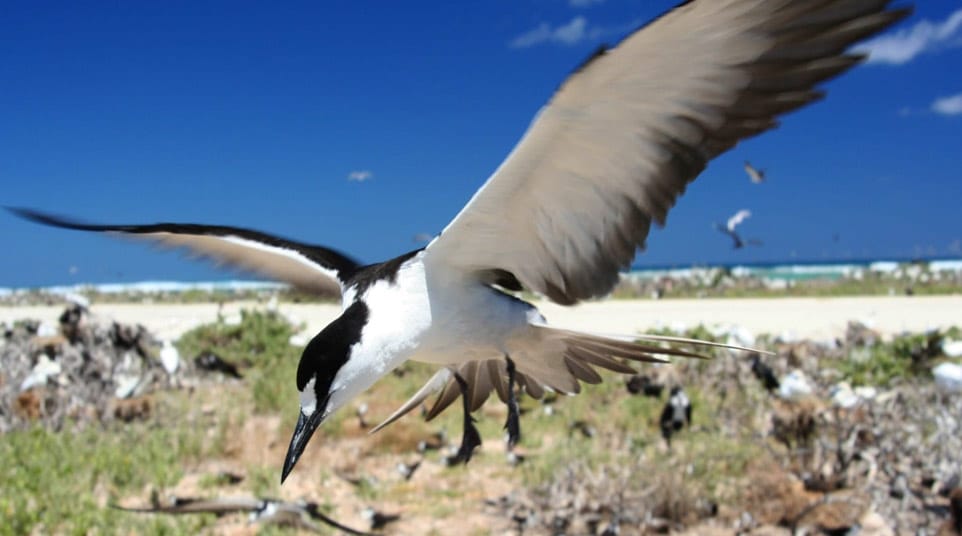