Common resident, especially in the eastern most islands. Population Estimated at. 10,000-15,000 pairs in over 50 colonies. Endemic, except for a small colony on Malpelo Island off the west coast of Colombia. Breeds throughout the year, nesting in the shore zone.

Identification:
Unmistakable; the only common whitish gull with a distinctive forked tail. ADULT: Upper parts and neck grey; under parts white. In breeding plumage has dark grey head, large eye with red eye-ring, and black bill with pale base and tip. Non-breeding adults have white head with dark eye-patch. In flight shows distinctive 'triangular' pattern of grey back and wing-coverts, white secondaries and black primaries. JUVENILE: Head and under parts white, with black eye-patch and ear-spot; upper parts scaly brown and white.

Voice:
Gives a range of calls which may have a function in echolocation; most frequent alarm call is a rattle interspersed with a piercing "pee". 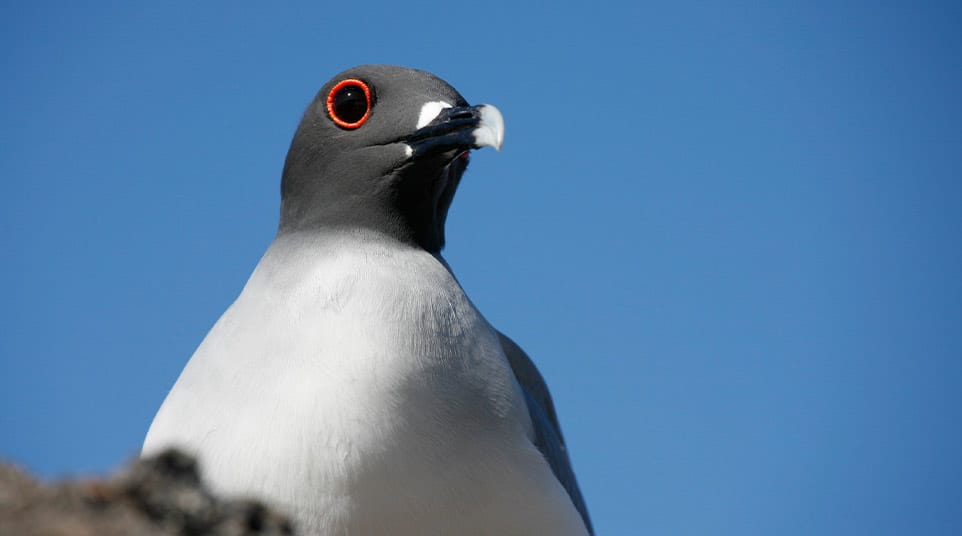