Just three species of night birds have been recorded in Galapagos, two of which are resident with endemic subspecies. Each of the species represents a different group. Owls are commonly seen during a Galapagos trip.

The typical owls are small to large-sized, mainly nocturnal, birds of prey with long, broad, rounded wings; hooked bills; relatively short, powerful legs; and sharp, curved talons. The only species to occur in Galápagos, the Short-eared Owl, is medium-sized and readily told from the Barn Owl by its mainly dark plumage, dark, circular facial disc and yellow eyes. The sexes are alike and immature plumages resemble adult plumage.

Behavior:
Most active during the early morning and late evening, quartering the ground with slow, deep wingbeats, somewhat reminiscent of a harrier. Tends to feed nocturnally in areas where Galapagos Hawk is present. 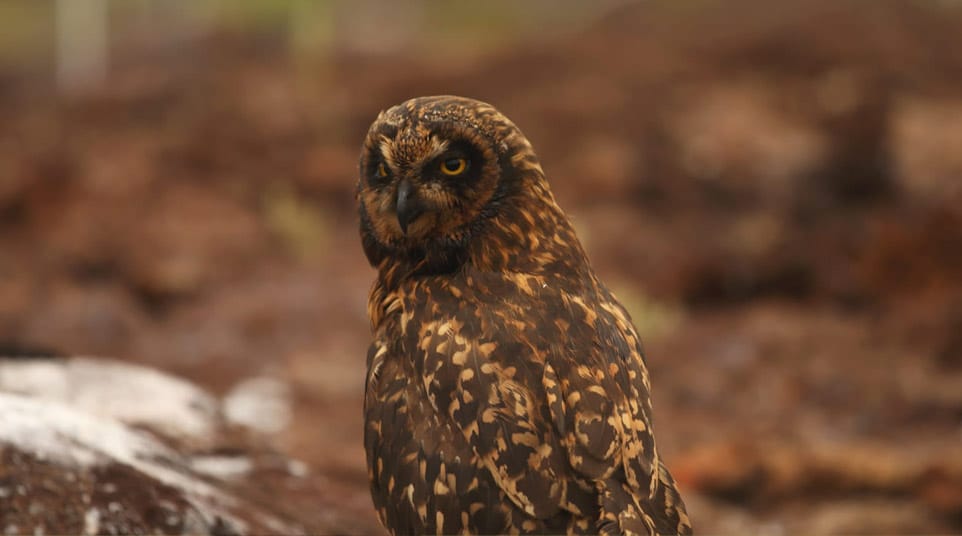