Voice:
Silent at sea but calls at night near the breeding colony: a squeaky "whikka-whikka.." rather like rubbing a wet finger on a glass.

Behavior:
Pelagic, feeding well offshore and rarely seen close to land. Flight action rather buoyant with rapid, shallow wing beats and low, shearing glides reminiscent of Audubon's Shearwater, with the wings held flat or slightly bowed. Progresses in a zigzag manner but occasionally becomes erratic, banking and 'jinking' and doubling back. Does not follow ships but sometimes attracted to lights at night. Visits colonies nocturnally. 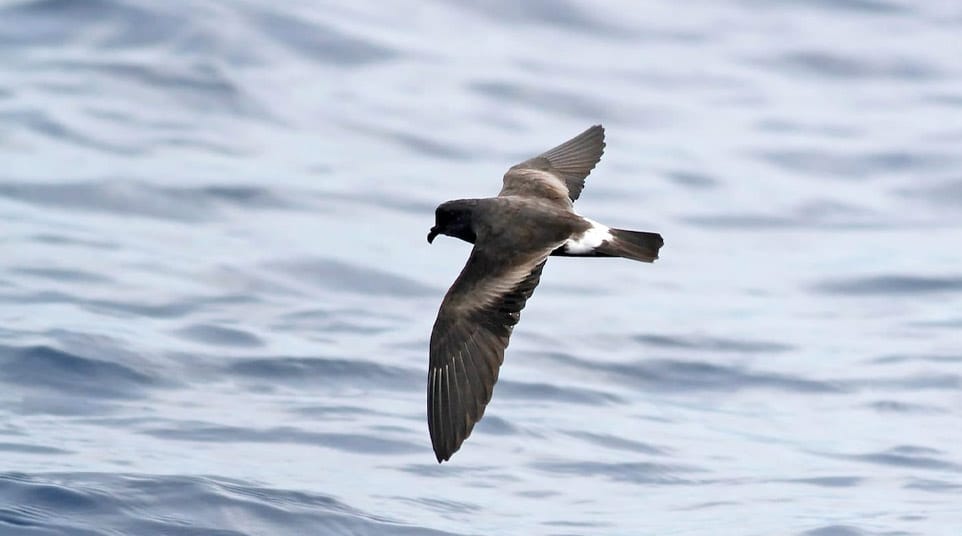