Identification:
Large and generally pale, whitish to dark brown in color, often with large dark brown blotches on the back. Distinguished from Marine Iguana by the rather pointed nose and from the Land Iguana by the more extensive row of spines along the back. Adult Male: Row of medium-length spines along neck, back and tail. In some individuals, the eyes become red. Adult Female: Considerably smaller than the adult male, with shorter spines.

Behavior:
Found throughout Santa Fe away from the shoreline, forming small colonies but often found singly. Like the other iguanas, males are highly territorial, defending their territories against intruders by engaging in head-butting battles. Mating occurs in February and March. Males can take up to 12 years to reach sexual maturity. 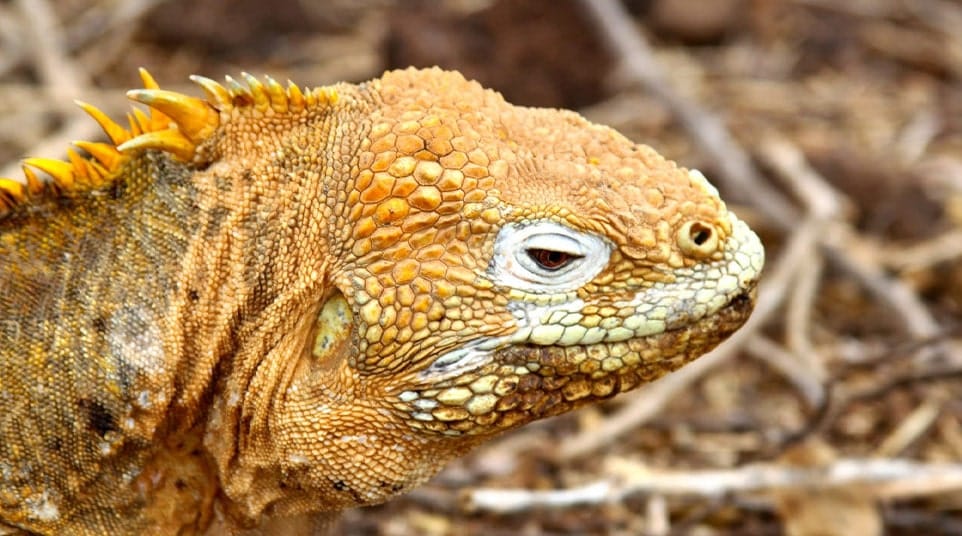