Identification:
Second only to the Blue Whale in size, Fin Whales are similar to the other large rorquals. At close quarters, the asymmetrical pigmentation of the lower jaw is diagnostic. The left lower lip is dark, whilst the right is white. Surfacing sequence is distinctive: appearance of blowhole precedes a rolling back, followed by the small but distinct sloping dorsal fin. 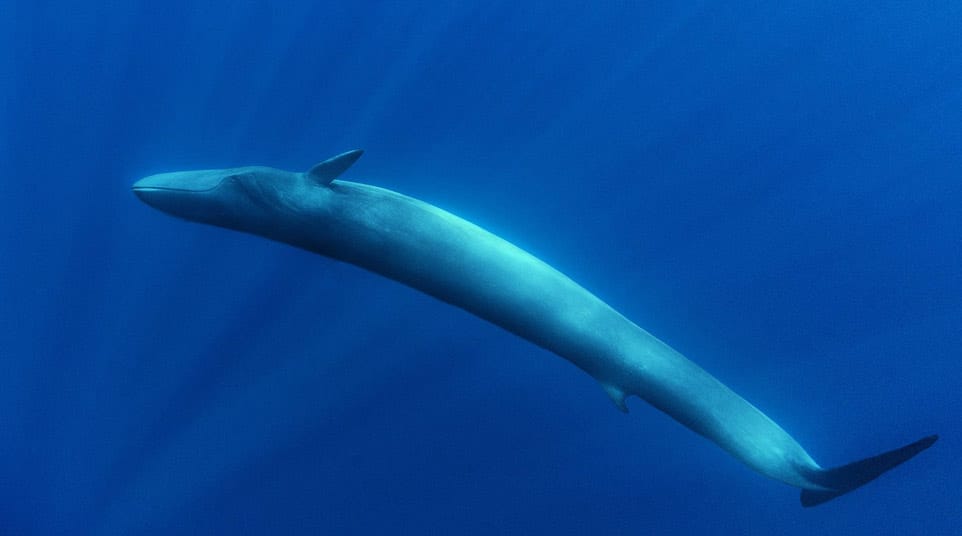