Widely distributed resident of Galapagos. The total world population occurs on the Galapagos Islands only and is fewer than 400 pairs. Breeds throughout the year, but mainly from May to October, nesting singly in the shore zone.

Behavior:
A tideline scavenger, rarely alighting on the sea. 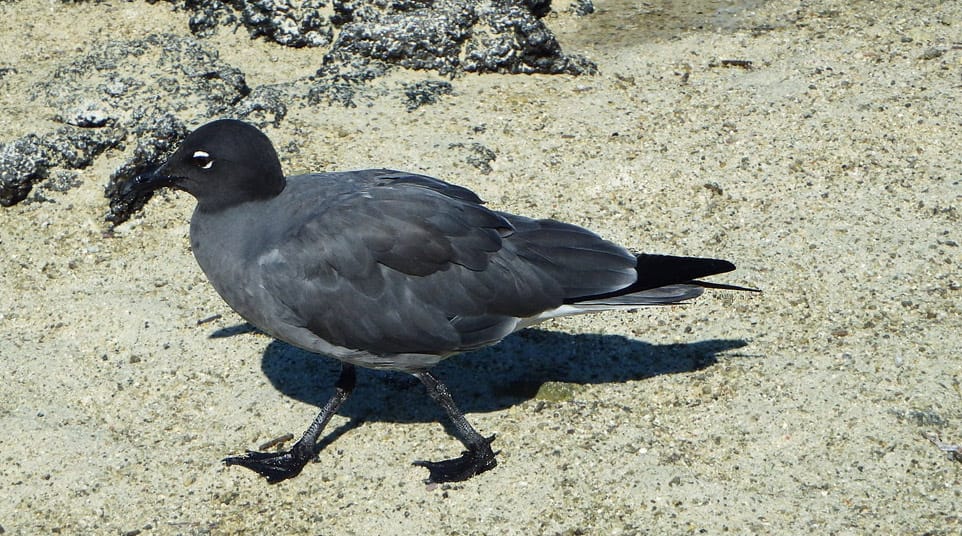