The Common Tern is a regular migrant bird of Galapagos in small numbers. It breeds in the northern hemisphere, the North American population wintering off Central and South America. Most Galapagos records have been during the northern winter.

Identification:
A medium-sized tern, pale grey above and white below with a black cap and short red legs. ADULT BREEDING: Black cap extends from bill to nape. Bill red with black tip. Long, forked tail reaches wing-tip when perched. In flight shows dark outer webs to primaries and dark trailing-edge to primaries on under wing. ADULT NON-BREEDING: As adult breeding but forehead white and bill all black. FIRST-WINTER: Like non-breeding adult, but has prominent dark carpal bar and dusky trailing-edge to secondaries.

Behavior:
A typical tern with light and buoyant flight. Feeds by plunge-diving from the air and surface-dipping. 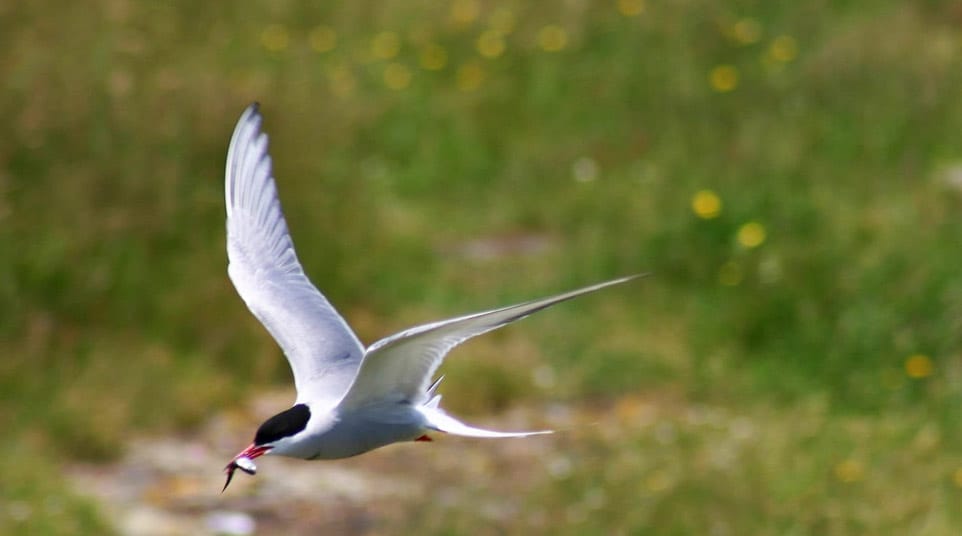