General Description:
The only species of grebe recorded in Galapagos is the Pied-billed Grebe. This is a small, rather plump diving bird with a short neck; very short tail; straight, stout bill; and lobed toes. The sexes are alike. It is a vagrant species; recorded regularly, mainly on brackish lagoons, particularly on San Cristobal Island where it may have bred.

Identification:
The only grebe recorded. Told from other water birds by aquatic habits, frequently diving. Small size; short-necked and large-headed appearance with very short tail; uniform grey-brown plumage with white undertail-coverts; and stout, pale bill which, during the breeding season, has a vertical black band. 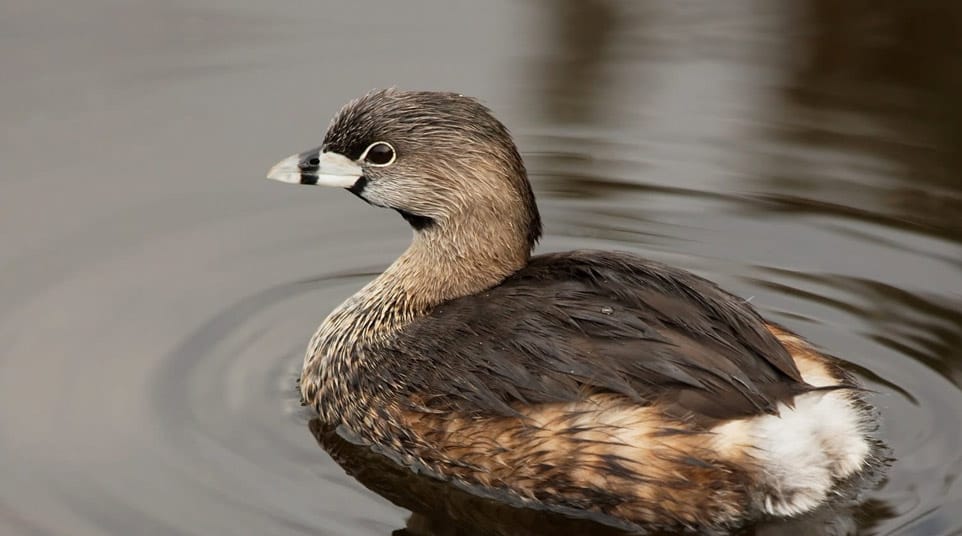