Identification:
The smallest of its family, similar in size and shape to the beaked whales but its pointed snout, with a single ridge on the upper surface, distinguishes it from toothed cetaceans. Differs from other rorquals in its small size, lack of a tall blow, and large dorsal fin in relation to body length. Like the Sei Whale, the dorsal fin usually appears at the same time as the blowhole on surfacing. Many individuals show a white flipper band which is diagnostic. 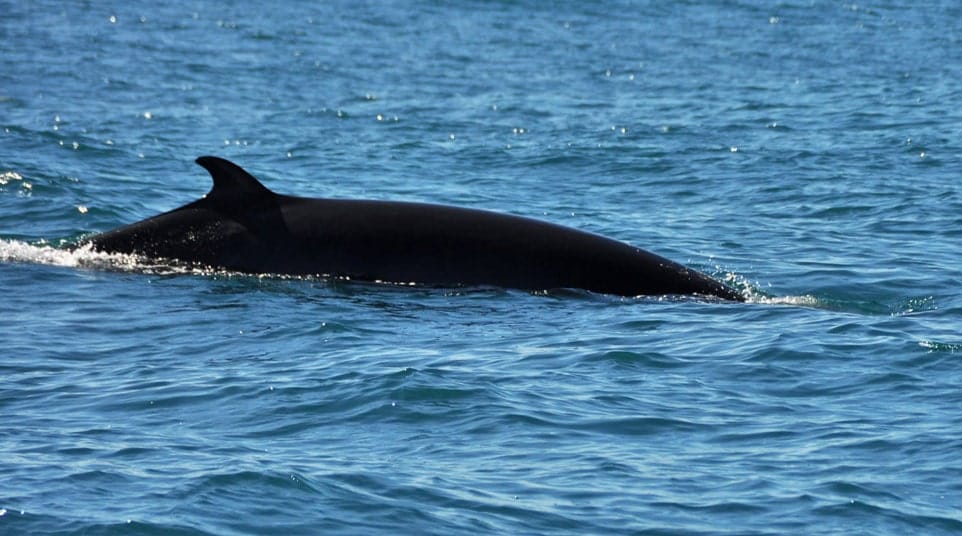