Common migrant of Galapagos. Found throughout the year on rocky coasts 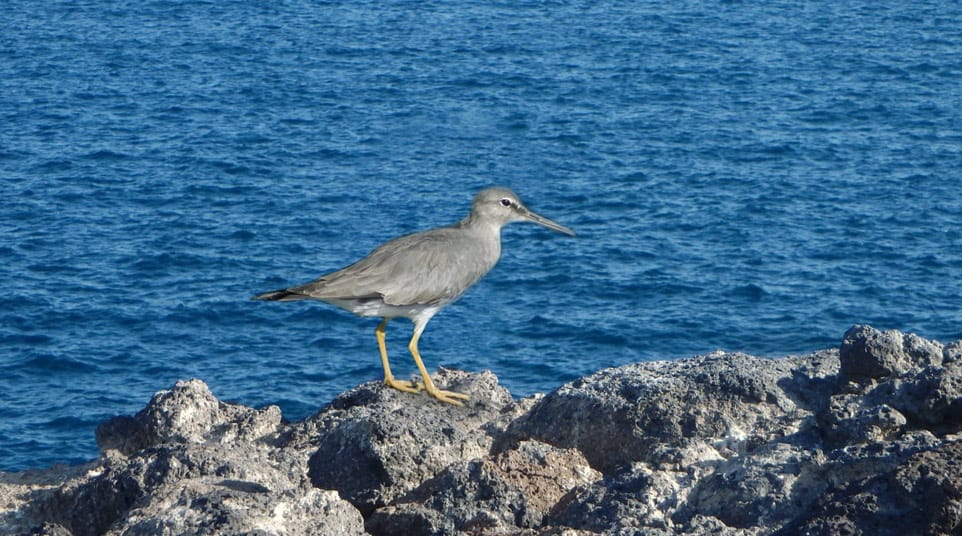