Darwin Finches, or Galapagos Finches, are small land birds with generally dull black, brown or olive, often streaky, plumage; short tails; and short, rounded wings. Their bills vary greatly in size and shape (a fact which was instrumental in inspiring Charles Darwin's thinking in relation to the theory of evolution - and hence the name given to this fascinating group of species).

Identification:
By far the smallest of the Darwin's Finches, with the smallest, narrowest bill which is very similar to that of a warbler. The plumage of the different subspecies vary; the color of the upperparts ranges from pale grey to olive-green, and the underparts from white to buff. Some subspecies show a distinct pale eye-ring. Whilst males and females generally have identical plumage, some adult males develop an orange throat patch. The lack of yellow in the plumage distinguishes the Warbler Finch from the Yellow Warbler. 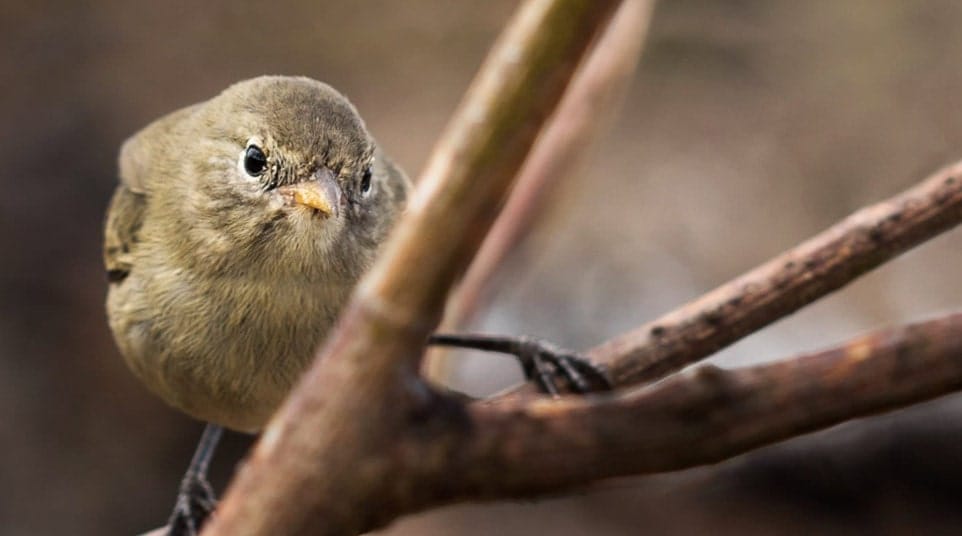