Name: Galapagos/Fernandina/Isabela Snake
Family: Colubridae
Scientific name: Alsophis dorsalis
Length: Up to 120 cm (39 in) sheds skin up to once per year to grow
Weight: N/A

Identification:
Virtually impossible to identify unless examined in the hand, identification being confirmed on the basis of the shape, pattern and number of scales on certain parts of the body. As in the other species, predominantly brown with yellow stripes or dark grey with yellow spots on their upper-side forming a zigzag pattern. However, the present species only occurs on islands from which P. biserialis is absent, and although present on the same islands as A. slevini, that species is considerably smaller. 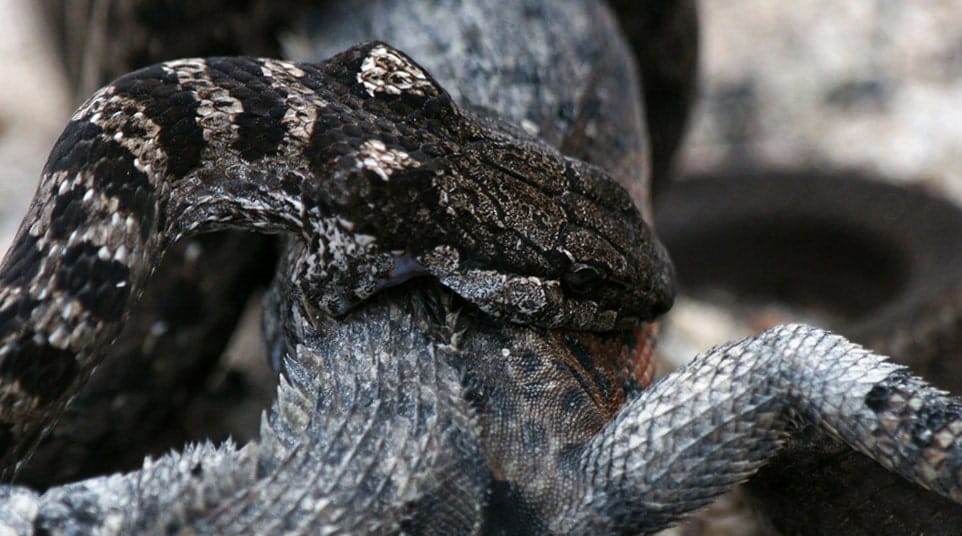