Expect the Unexpected in the Galapagos on a Cruise 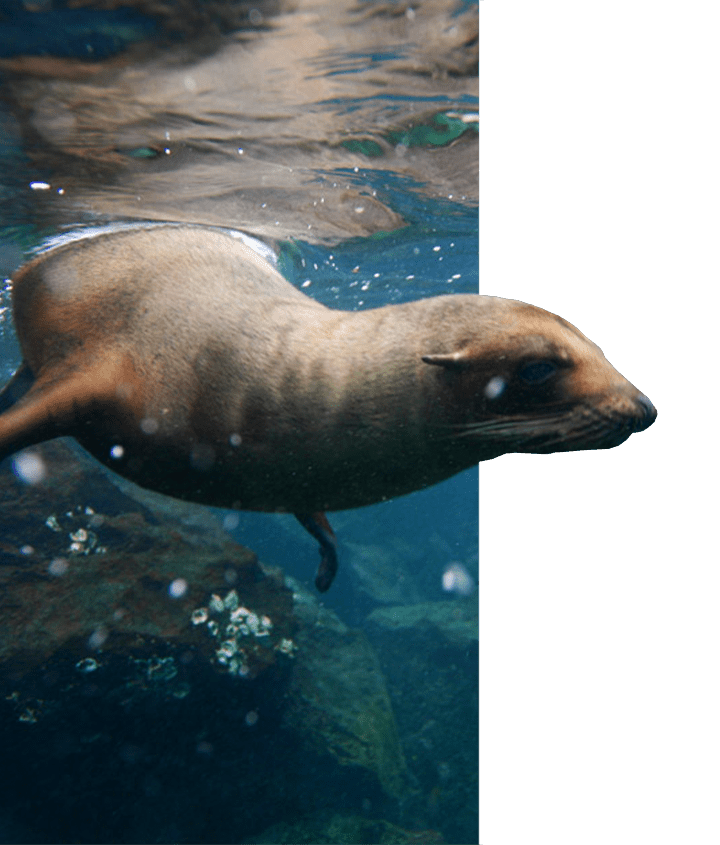 Yes, we anticipated walking near sea lions, viewing finches, albatross, boobies, flightless cormorants, a few flamingos and penguins, marine and land iguana, giant tortoise, even a dolphin or two. After all, we were going to the Galapagos. And we also assumed our guides would know the best places to see these creatures that are so elusive elsewhere in the world or unique to these remote isles.

Our first briefing was filled with “hyperbole” about our voyage on the Evolution being an “expedition” and how our captain was willing to change course for “unusual sightings” and that our crew was “flexible.” Little did we comprehend how adaptable they would be and how often our course would change—or how exciting and unpredictable our voyage would be.

On our first hike on Fernandina Island, as we maneuvered around piles and piles of marine iguana sunning themselves, someone shouted “whale!” Rafa, our guide, radioed to the panga driver and hustled the group to the rocky shore to hurriedly board the panga. In minutes we pulled alongside a rare sight: an orca breaching right beside us! But what was he tossing in the air? A turtle! He was having a bit of fun playing with his dinner like a kid tossing popcorn before gulping it. Lenses clicked and many of us got memorable photos. Without Rafa’s instant change in plans and the tender hovering nearby, we would have missed this once-in-a-lifetime event. 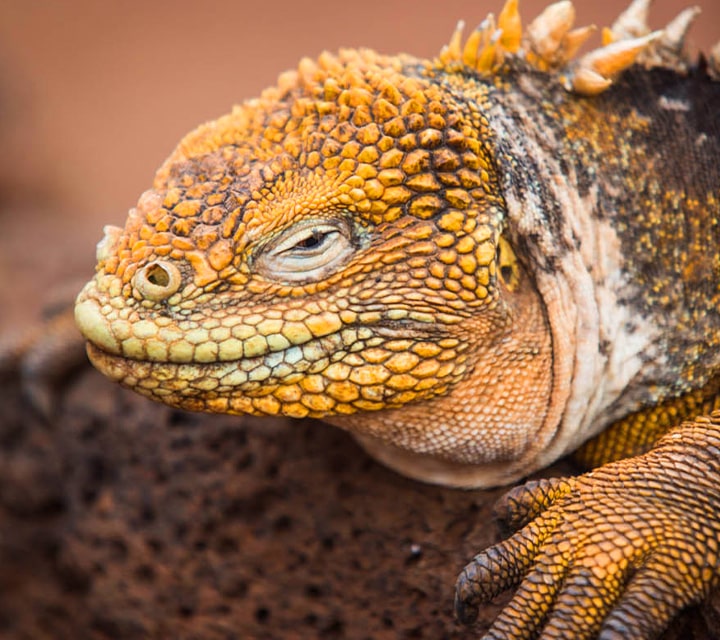 Almost every day our cruise director announced that the Evolution was changing course to follow more whales. There were several close encounters with Minke and Bryde’s whales. Then—could it be?—yes! a blue whale, the largest animals ever known to have lived on Earth. The marine biologist in our group next to me at the rail said, “My hair is standing on end. I’ve waited my whole life to see one of these!” We were mesmerized as the bus-sized leviathan with a distinctive blue cast to its skin passed by.

Cetacean greed set in as we ached to see some humpbacks. “Tomorrow at four o’clock,” I announced with a knowing smile and was teased when my prediction didn’t come true. Instead, a pod of dolphin came into view. The captain gave orders for the pangas to be launched and our gung-ho gang grabbed cameras and hats and within minutes sped toward what turned out to be a large, acrobatic school of more than fifty dolphin leaping and frolicking to everyone’s delight.

Every day snorkelers reported seeing how graceful the penguins, marine iguanas, and flightless cormorants were underwater and delighted in playful the baby sea lions. We all were thrilled with the frequent bonus viewings, but nobody was more surprised than me when, on our final afternoon, the cry was “humpbacks!” No, it wasn’t four o’clock—it was five, but perhaps their clock is on whale savings time.

To read other people's reviews on their cruises ----> Galapagos Cruise Reviews.

By Quasar Travelers
Quasarex Staff
COMMENTS OR QUESTIONS ON THIS POST?

With a passion for photography, wildlife, and nature, the Galapagos Islands were the obvious destination, but I wanted a trip where I didn’t have to rough it. A dream cruise with lots of luxuries, a comfortable cabin, and a focus on photography was the focus of my search. Luck was on my side: I found …

END_OF_DOCUMENT_TOKEN_TO_BE_REPLACED

On our first day of our Galapagos cruise, we disembarked from the Evolution onto a small dock and onto Española (Hood) Island, so excited about seeing all the creatures we’d traveled so far to see. Even though we’d been told that the animals were very blasé about people, we still couldn’t believe our eyes. Within …