La Cumbre Volcano, one of the most active in the world…

Dominating the landscape of Fernandina Island is La Cumbre volcano, one of the most active in the world, reporting a total of eight eruptions from its 6-kilometer-wide caldera (mouth) since 1968.

On September 4th, 2017, at approximately 12:25 Galapagos time, this 1495 meter (4,858 feet) tall shield Fernandina Island volcano erupted, thrusting a huge column of hot ash into the air, which was later followed by a large flow of lava from its core. Although none of the inhabited areas of nearby Isabela Island are under threat as a result of the eruption, geologists on the Islands continue to monitor its activity closely. Predictions based off of historic eruptions of the past decades state that the event could last for weeks and even months. 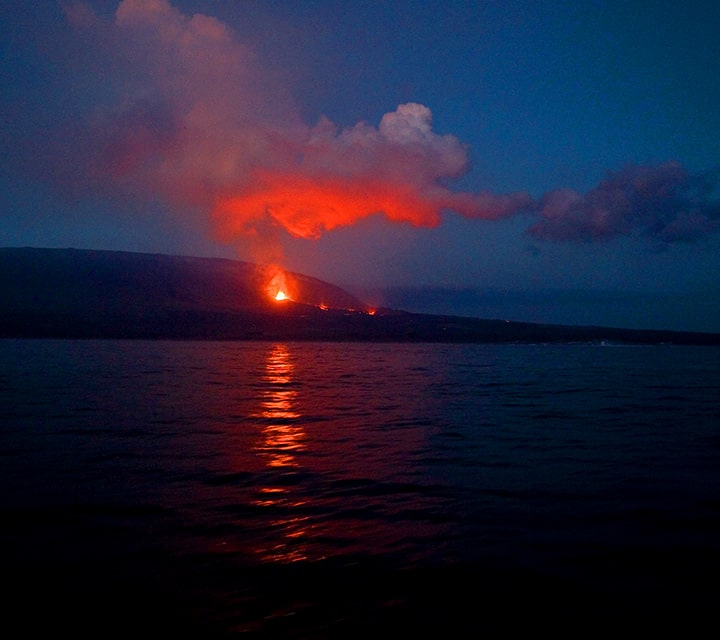 Fernandina Island is the youngest and westernmost island in the Galapagos, and 100% of its territory is part of the Galapagos National Park, meaning that no humans inhabit the Island. It can only be visited by cruises that include the Island as part of their itineraries.

Fernandina has an approximate area of 248 square miles (642 square kilometers) and a max altitude of 4900 feet (1494 meters). The Island consists of a central volcano (La Cumbre), as well as surrounding calderas, numerous parasitic cones on the flanks, extensive lava fields and a few vegetated areas. La Cumbre is one of the youngest volcanoes of the archipelago and the world, while the island is estimated to be about 30,000 years old. However, unlike many other islands in Galapagos, Fernandina is still forming with recent eruptions like the one witnessed yesterday. 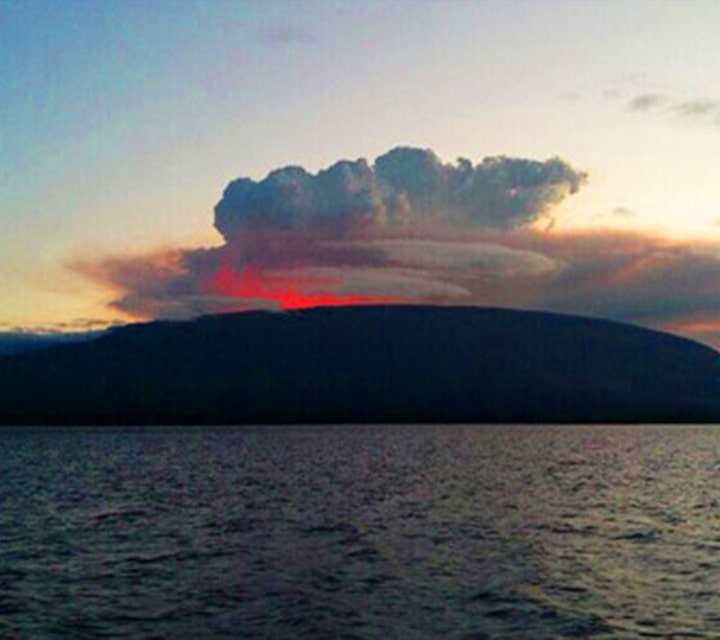 The only visitor site on the Island is called Punta Espinosa, which at the moment remains closed to visitors due to the Island’s recent volcanic activity. Here we find the world's only species of flightless cormorants that have established their colony near an inviting inlet frequented by sea turtles. Because these birds evolved in Fernandina Island without land predators — it was easier to feed on the octopuses, eels and fish found in the ocean — the cormorants progressively took to the sea. They developed heavier, more powerful legs and feet for kicking, serpent-like necks and wet, fur-like plumage. Their wings are now completely atrophied and mere vestiges.

At Punta Espinosa we also find very large colonies of marine iguanas - a schoolyard of Godzilla's children - resting atop one another in friendly heaps along the rocky shoreline, sneezing out saline water to clear their bodies of salt. Nearby, sea lions frolic in the sheltered coast line. This is one of the few places in Galapagos where you can glimpse iguanas grazing on seaweed underwater and above! 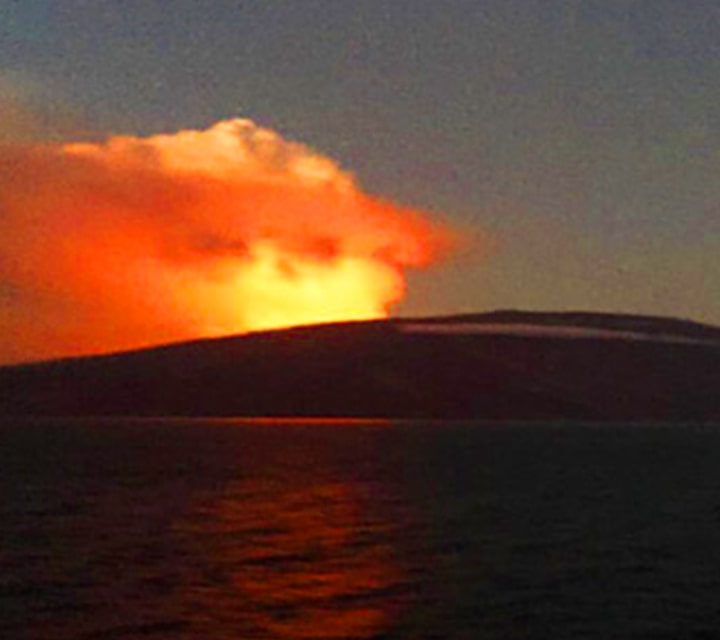 If you want additional Fernandina Island volcano information, or would like information on our Galapagos cruises & itineraries, simply fill out the form below!