Largest member of the rorqual whale 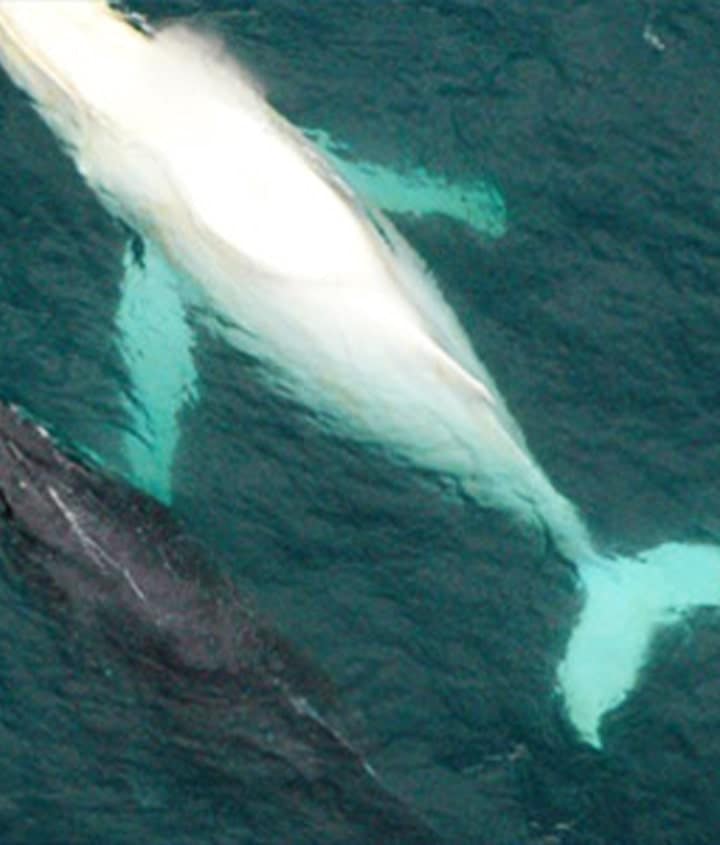 Humpback whales are one the largest members of the rorqual whale family, with adult males measuring over 15 meters (45 ft) and weighing over 40 tons. Last week, an albino Humpback Whale was spotted off the coast of Ecuador, between the coastal town of Puerto Lopez and the island of La Plata. Humpback Whales are one of the most distinctive species of whales due to their huge flipper size, which are over 3 meters (10 ft) long. Albinism, like in humans, is rare among whales, although instances have been recorded in many whale species, including Orcas and Sperm whales. And just like with the human condition, albinism in whales is also due to a defect in the production of melanin, which results in little or no pigmentation in the skin or eyes.

The calm waters between the coast of the province of Manabi, Ecuador and La Plata Island are a very popular mating site for Humpback whales. Between the months of June and November, these cetaceans migrate towards the equator from the colder waters of the poles every year to mate or raise their young. Whale watching is an amazing activity that can be enjoyed in this area of the Ecuadorian coast, where you are guaranteed to see these large mammals breaching. Breaching refers to the whale behavior of throwing two-thirds or more of their bodies out of the water and splashing down on their backs. Humpback Whales breach during mating season as courtship rituals and also to liberate their bodies from parasites. 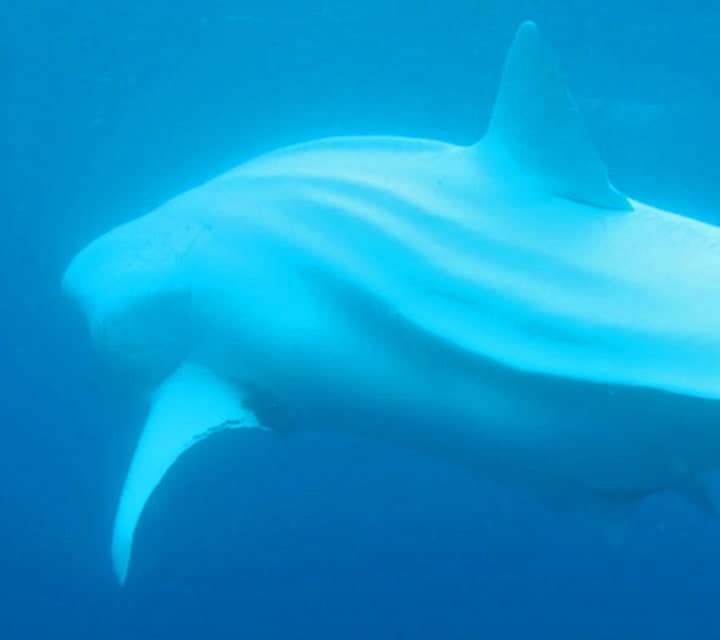 La Plata Island is the island of the Ecuadorian coast that most closely resembles the Galapagos archipelago. This small island is covered by similar vegetation, including cacti and Palo Santo trees and several animals that live on this island also exist in the Galapagos. Amongst these are Blue Footed Boobies, Red Footed Boobies and Nazca Boobies. Magnificent Frigatebirds also breed and nest on La Plata Island and you can often find California Sea Lions around the coast. Snorkeling is also great around La Plata Island where you will also find similar underwater species as in Galapagos, including manta rays, sting rays, dolphins, eels, sea turtles and an array of colorful reef fish.

This type of mammal can most likely be seen during custom Ecuador & Peru tours with Quasar. What a great sight this would be to see in person!