(No Ratings Yet)
7 min read 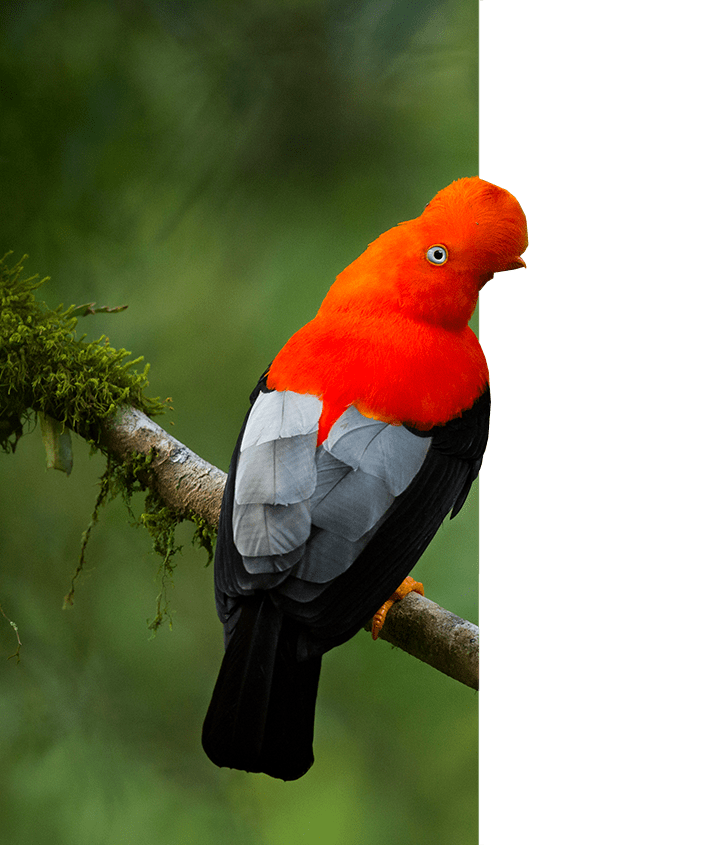 Peru is a traveler’s paradise, a vast country where you are always within a few hours of coast, mountains, and rainforest. A melting pot of ancient cultures, colonial tradition, and modern world influences, there is something here for everyone!

Cusco is the top tourist destination in Peru, located at 3,400 meters above sea level in the Andes Mountains. The ancient capital of the Inca Empire is now considered a UNESCO World Heritage Site, and rightfully so! With Spanish colonial architecture that is interlaced with earlier Inca structures, you’ll fall in love with Cusco’s winding cobblestone streets, ornate cathedrals, adobe walls, and hidden courtyards. Be sure to visit the Plaza de Armas, Spanish cathedral, Sacsayhuaman, Qorichancha sun temple, and other local sites that incorporate both Inca and colonial history. 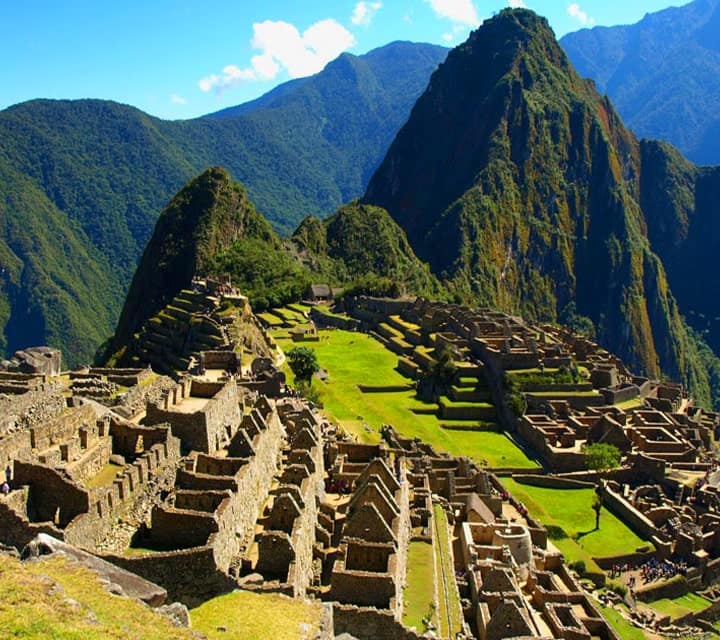 Close to Cusco city is the Sacred Valley of the Incas, a fertile and beautiful landscape. There you can visit the town of Pisac, with a wide variety of artisan arts and crafts at Pisac Market, as well as impressive Inca ruins. Ollantaytambo is a town deeper into the Sacred Valley that is still inhabited by the locals in much the same way as it was during the time of the Incas. It is home to a temple where Manco Inca and his warriors staged a temporary victory over the Spanish Conquistadors.

The Maras salt mines, evaporation ponds used since Inca times, are not far from Cusco, along with Moray, an archaeological wonder consisting of layered terraces that were used by Incas to experiment with crops.

Machu Picchu, which puts Peru on the international traveler’s map, is within a day’s journey from Cusco city and is one of the New Seven Wonders of the World. The “lost city of the Incas” is a must-see for visitors in Peru. Hidden from Spanish Conquistadors, Machu Picchu was re-discovered in 1911 and is one of the best-preserved Inca sites. Its more than 150 buildings served as houses, temples, sanctuaries, and many other uses, and its exquisitely detailed masonry is an archaeological marvel. At Machu Picchu you can catch a beautiful sunrise, as well as hike Huayna Picchu, meaning “young peak” in Quechua, for a beautiful view of the citadel.

Lima may be the capital and largest city in Peru, but unfortunately it is often overlooked by visitors. However, its history and anthropology make this bustling, cosmopolitan city the ideal place to learn about both ancient and modern Peru. Downtown you will see the influence of Spanish colonization in the Main Square, Cathedral, Government Palace, City Hall, San Francisco Monastery and Catacombs, and old streets with colonial houses. The beautiful, modern districts of San Isidro and Miraflores are home to great shopping and restaurants. Neighboring Barranco is the bohemian district by the sea, where you can view artists’ galleries by day and enjoy the nightlife until the wee hours of the morning. 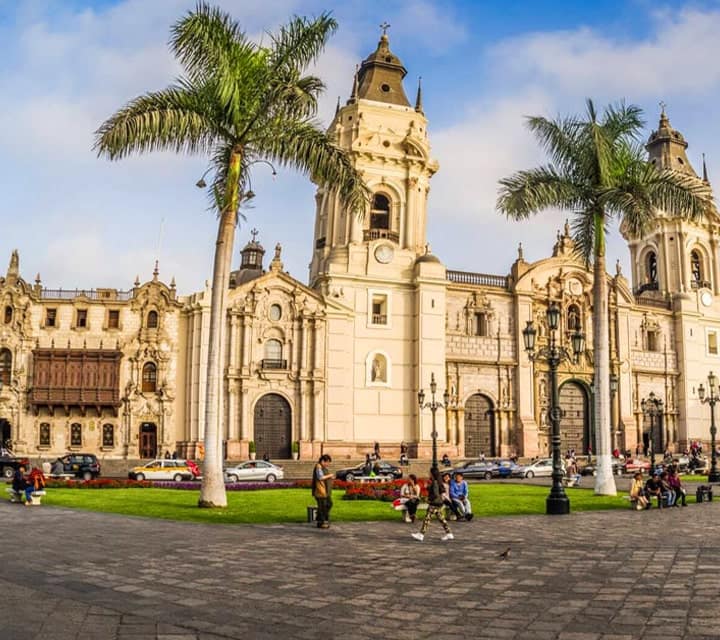 Lima is the top culinary destination in South America with its diverse and exotic cuisine, incorporating a mix of ingredients from the country’s vast landscapes, as well as influences from many different cultures. In Peru’s capital, you can find traditional and modern cuisine at its thousands of restaurants. It is also home to many different museums, such as the Museum of Anthropology, the National Museum, and the Museum of Art, where you can learn about Peru’s thousands of years of fascinating history, culture, art, and anthropology.

Puno is a city in the Andes of southeastern Peru, located on the shores of Lake Titicaca, the highest lake in the world. Chilly Puno is known as the folkloric capital of Peru, rich in culture, art, and history.

What is unique about Lake Titicaca is that there are floating islands on which people live. The residents of Uros islands are Aymaras who have inherited the way of life of the long-gone Uros. Their livelihood is based on the benefits of a unique plant: the totora reed. They use it to build their homes, boats, and even the floating islands on which they live, periodically adding new layers of reeds. The inhabitants of neighboring Taquile Island, on the other hand, speak Quechua. 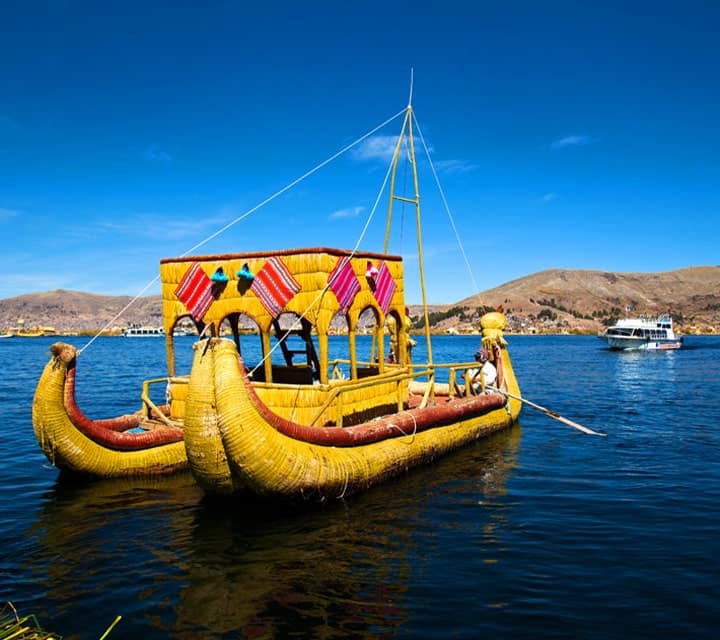 These farmers, fishermen, and weavers wear distinctive outfits. Heirs of the ancient, commune-like system called ayllu, the people of Taquile offer room and board to visitors in their own homes, ensuring an opportunity to share in their customs and way of life. Taquile also has several hills and many archaeological ruins.

Sillustani is an archaeological site famous for its chullpas, ancient round, stone burial towers. They were once used by the Collas and later by the Incas. Sillustani is also the perfect place to observe wild guinea pigs, birds and other wildlife of the high Andes.

Chiclayo was home to the pre-Inca Moche culture. Close to the city is the village of Sipán, where the amazing treasures of the Lord of Sipán were discovered. Some archaeologists hold it to be one of the most important archaeological discoveries in the Americas in the last 30 years, as the main tomb was found intact and untouched by thieves. There you can also visit the Museum of Sipán, designed to resemble ancient Moche tombs. 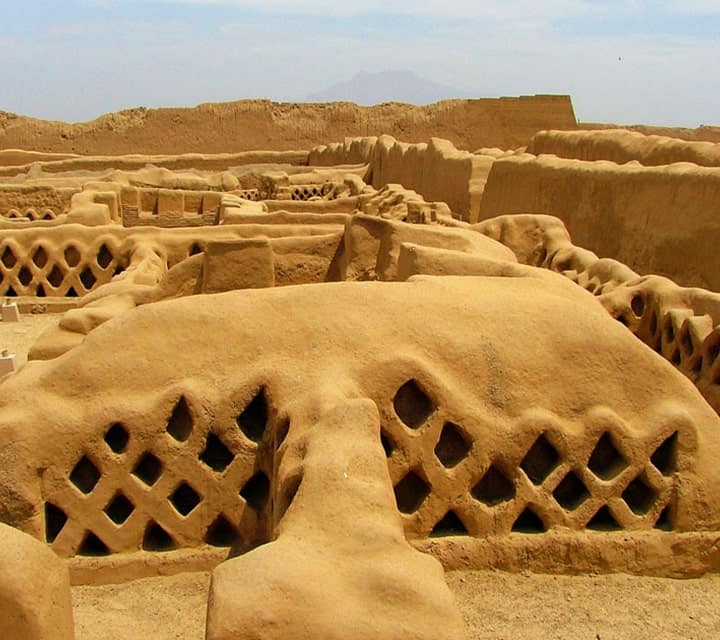 The Túcume Pyramids were a major regional center, possibly even the capital of the successive occupations of the area by the Lambayeque/ Sicán, Chimu, and Inca cultures. Local shaman healers continue to invoke the power of Túcume and La Raya Mountain in their rituals, an absolute must-see when visiting Chiclayo.

Not far north of Chiclayo is Trujillo, home to the vast adobe city of Chan Chan, which was built by the Chimu around 850 AD and lasted until its conquest by the Inca Empire in 1470 AD. Trujillo’s Huaca Dragon, also known as “The House of the Dragon”, was excavated only in the 1960s, and its well-conserved, rainbow-shaped friezes are fascinating. Some have interpreted the central motif to be that of a dragon. Another archaeological site there is the Sun Temple and Moon Temple, built at the time of the Moche culture (100 BC-650 AD), next to a small tributary of the Moche River. In Trujillo you can also visit Huanchaco, a small town on the Peruvian coast that is rapidly acquiring a reputation for the quality of the surfing on its relaxed beaches.

Puerto Maldonado is located in the heart of the Peruvian Amazon jungle. Home to an extraordinary diversity of flora and fauna, along with the Manu Reserve, it is one of the richest natural areas on Earth.

Most visitors to Puerto Maldonado stay in a lodge that is only accessible by canoe. In the seclusion of nature you can find both tranquility and, if you go looking for it, adventure. During the day, you can go on a river expedition to observe wildlife such as alligators, turtles, and capybaras. At night, you can take a hike to see nocturnal rainforest animals. 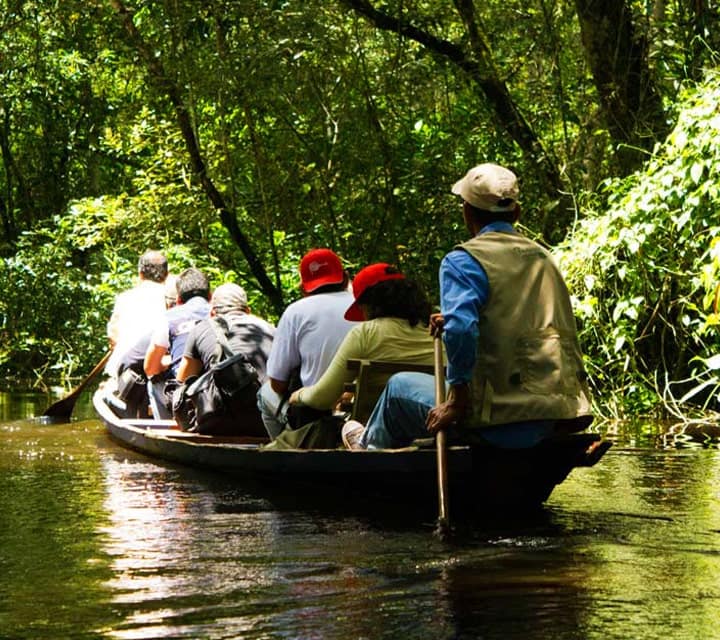 Puerto Maldonado is also home to Cocococha Oxbow Lake, a place to observe plants, exotic insects, colorful butterflies, birds, monkeys, large mammals, and, if you arrive early in the morning, otters. In the evening you can hike to Sunset Point and watch the beautiful Amazon rainforest sunset.