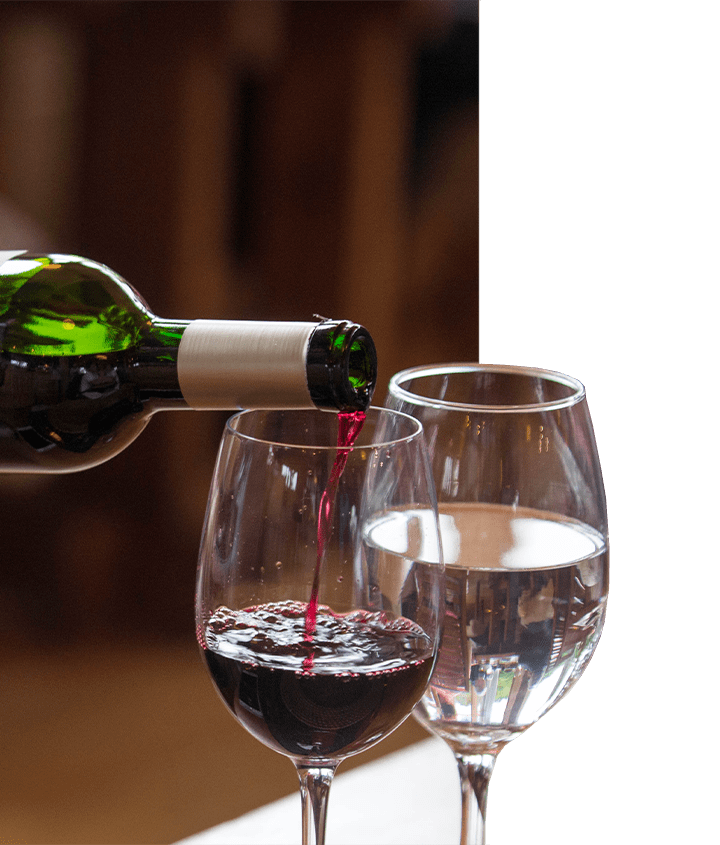 In Patagonia, where you are surrounded by mountain areas and green valleys, there's nothing better than to enjoy the local dishes. Patagonian cuisine is very well differentiated in mountain range, central and coast regions. There is nothing more exquisite than to enjoy a delicious dish surrounded by beautiful forests and blending glaciers.

Some species have found their perfect habitat such as lamb, being a key element in the Central Area of Patagonia. It is served young, under one year old, as well as lamb loin. The lechal achieves a particular flavor in Patagonia. The red deer is very common in La Pampa province and is usually prepared pickled or in various forms of trout paté. There is also a variety of smoked deer, wild boar smoked, smoked trout and cheese, all served in chopped accompanied with beer or red wine.

In the Atlantic coast there is a great variety of seafood and in the mountains the trout, salmon and deer base are easy to find and prepare.

Patagonia dishes are influenced by the immigrants from Central Europe like Chucrut, Raclett, and fondue among others. Meat is predominant but the specialty is the variety of cooked meats and the way it is prepared that differentiates from other countries.

In the South, Spit – cooked meats, chops, lambs lamb loin are some of the delicious local dishes to enjoy. Other dishes like Principio del formulario.

The crustaceans, the crabs, are presented as crepes in saffron sauce. It is one of the best dishes in the Southern Patagonia, as well as the tooth fish prepared with lemon and butter sauce. They also eat a lot of "pil-pil", olive oil and chili are used to combine with seafood.

Another typical food from the South is the Boar burgundy, as costeletas or in form of medallions accompanied by sauerkraut.

You can serve them with mushroom sauce or cypress pine, sautéed with butter and finely chopped scallion sauce with almonds and lemon with black butter. The indigenous or natives also prepare them with herb sauce with potato noisette. 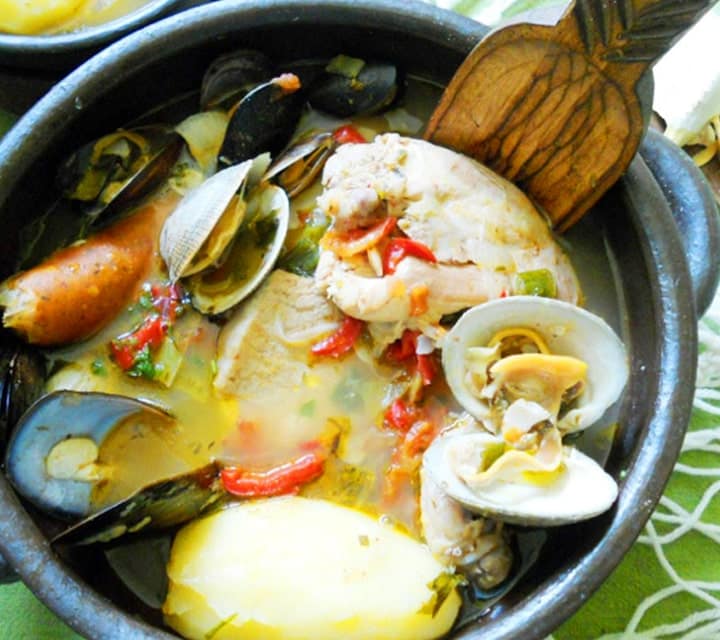 Patagonia has some food influence from the Mapuche aborigines, the best known example is the Curanto, which means "hot rock". This delicious and unusual dish is enjoyed in all the South of Argentina and Chile. It is a traditional plate, combined with meats and vegetables cooked over hot stones covered with leaves and soil.

You prepare them with a hole in the ground, half a meter deep over hot stones. You begin to add some seafood according to your choice, like mussels, razor clams, sea urchins, barnacles, oysters, machas, crabs. If you wish, you can add meat as pork sausage, chicken or smoked pork. 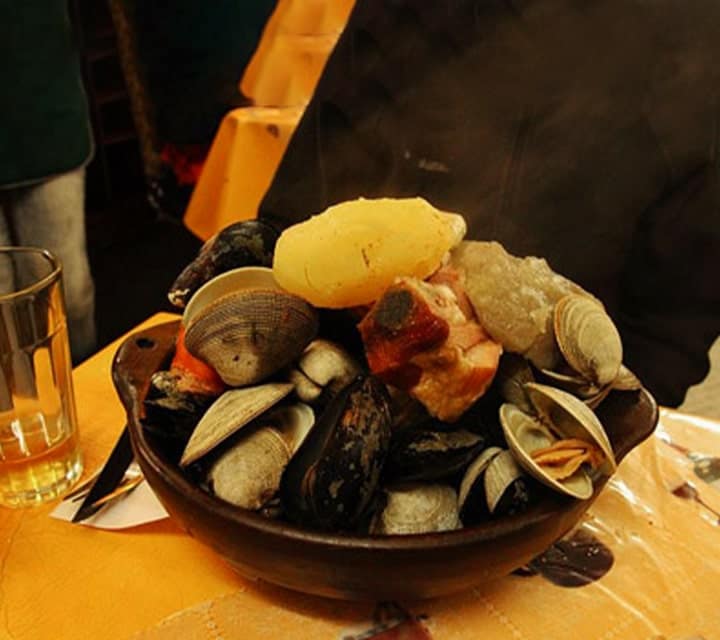 The preparation begins with a hole in the ground, approximately half a meter deep, and in which large hot stones are laid. Then you add some seafood like mussels, razor clams, sea urchins, barnacles, crabs, oysters, machas and shelled seafood as well. You also add meat as: long pork sausage, chicken, smoked pork.The trick to be cooked better is that all of these ingredients must be previously seasoned and placed next to the hot stones. Finally, you may add the potatoes, chapaleles, and milcaos. The tradition is to cover them with nalca leaves and soil panes with grass facing down. You heat these for several hours and you are ready to taste this delicious meal with a hint of smoke and a slight earthy flavor!

Then you will definitely know you are traveling to Patagonia!

Chile has been worldwide known for its fine and exquisite wines, which are exported aboard but mainly in Patagonia, wines are traditionally more European in style than those from the central and northern regions of Argentina, as a result of its cooler climate and higher latitude. To accompany any of these Patagonia dishes, you have a variety of selected wines and drinks to choose from.

The national drink of Chile is the pisco sour, made with grape brandy pisco, lemon, sugar and sometimes an egg white. The drink was popularized in Chile though Peruvians are the ones who invented the pisco sour. 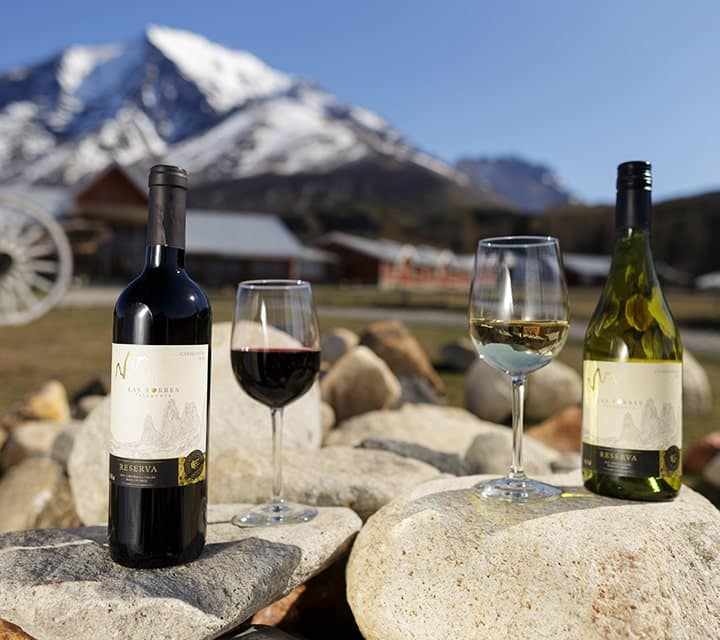 For cold weather in Patagonia, the food and drinks of Patagonia are caloric and energizing. There is nothing better than a strong flavor drink! Red wine is successfully made in Patagonia as Cabernet Sauvignon, Malbec, Merlot and Pinot Noir. The Chardonnay, Gewurztraminer, Sauvignon Blanc and Riesling wines which best represent the freshness of the region's climate. During a Patagonia trip with Quasar, be sure to try the extended trip by experiencing the signature full day Valparaiso and Wine-Tasting Tour in Chile.