Flightless Cormorants: The Galapagos Bird That Forgot How to Fly

The only flightless bird in the Galapagos, this cormorant is an evolutionary paradox 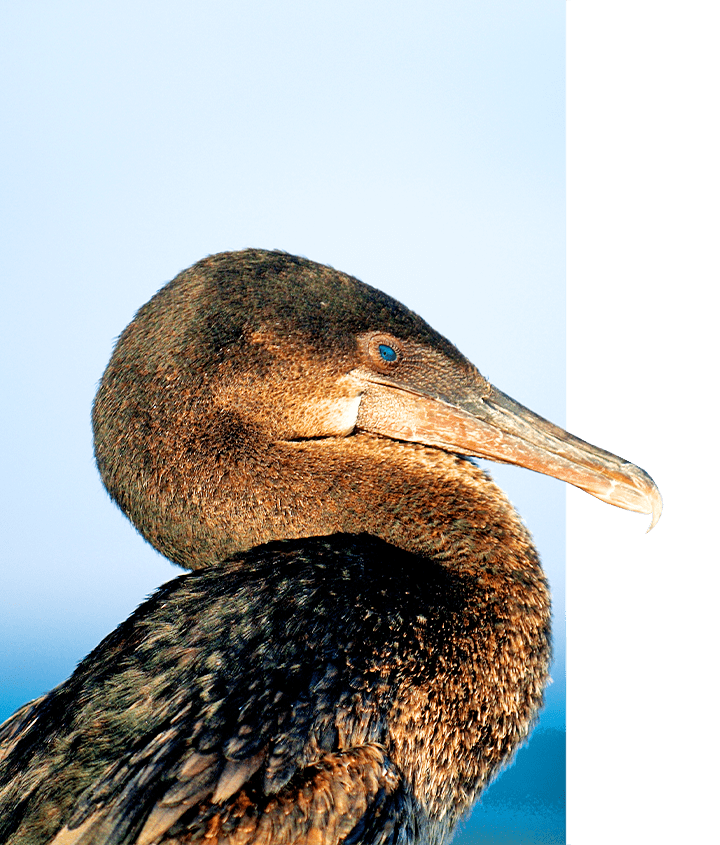 Introducing the Michael Phelps of the Galapagos: the Flightless Cormorants. This unique bird is known for its unparalleled underwater fishing abilities and unmistakable features. Duck-like in many regards, it has striking turquoise eyes, a hooked bill perfectly evolved for catching fish, and well-adapted webbed feet for speed. However, there’s a major missing trait that sets this cormorant apart from every other sea bird in the Galapagos: it has lost its ability to fly. Why can’t it fly? Well, once it arrived in the Galapagos, it not longer needed to.

Visit the Galapagos during the months of September, October and November, and you are sure to see this bird at its best (in every direction but up, of course). You must book a cruise itinerary that visits the Islands of Fernandina and Isabela.

Having evolved on two island habitats that were free of predators, the Flightless Cormorant (Phalacrocorax harrisi) has historically enjoyed a life free of the fear that propels most birds skyward. With a nutrient source that’s accessible by diving along food-rich shorelines and virtually no enemies on land, the cormorant’s wings have gotten smaller and smaller over time. Suffice to say, its stubby wing evolution is the result of less need for a quick upward escape and more need for speed in the water. Now, its wings are only “one third the size of the wing span they would require to fly.”

This water bird is only found on two islands, Isabela Island and Fernandina Island, and is best seen during expeditions to the Galapagos in September, October and November when the nutrient-rich waters of the Humboldt Current bathe the archipelago. It is during these three months when snorkeling visitors are most likely to see these birds performing their distinctive underwater acrobatics. It is also during this time of year that the cormorants choose to breed and nest due to the seasonal abundance of food.

The Flightless Cormorant is similar to other sea birds in all regards – except for its unmistakable, curiously short wings. If it was one of the Seven Dwarfs, it would be Dopey, known for methodical, wobbly paces and slow progress along its rocky shoreline habitat. From some distance off shore on your Galapagos Cruise, you may hear the low growl of an adult or the plaintive “wee-wee” of the young cormorants. 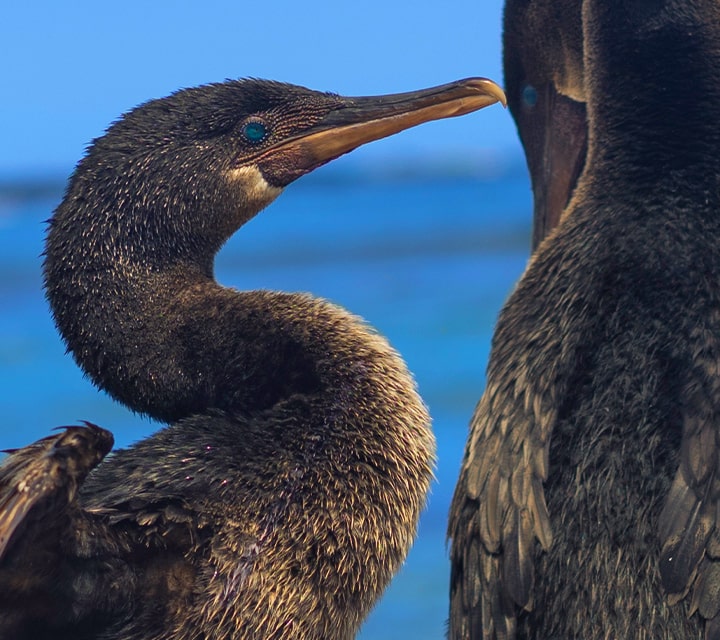 Due to their inability to fly, Galapagos Cormorants are quite sedentary creatures when they’re on land. They can be spotted nesting on sheltered rocky shores, with bulky nests made predominantly of seaweed just above the high-water mark. To see a cormorant capture its underwater fish feast is a rare treat, as they dive deep and stay close to shore. After returning to land from feeding at sea, they habitually hold their short wings out to dry, as if to dream of flying.

If you’re lucky, you might get to witness the Flightless Cormorant courtship dance, which plays out like a choreographed scene from a Gene Kelly film. Intertwining necks and turning in a tight circle in synergy with one another, their union is truly a spectacle. 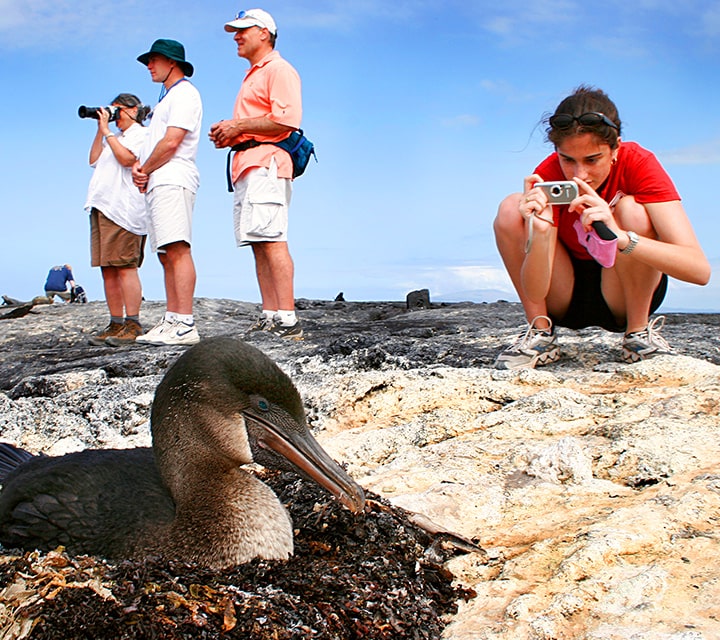 The current population of the cormorant is estimated to be 700-800 pairs in 100 small colonies, but it declines dramatically after El Niño years. The Flightless Cormorant breeds throughout the year, laying its eggs between March and September. Therefore, travelers may catch a glimpse of newly hatched cormorants on expeditions to the Galapagos in October, and after.

The other thing these birds are missing aside from the ability to fly? Fear. Although Galapagos travelers should never touch the birds, the Flightless Cormorant could actually be easily approached and picked up by humans, because they haven’t historically had a reason to be fearful of predators. With a vulnerable conservation status, the introduction of small mammals, like cats or rats, to Isabela and Fernandina could pose a threat to this uniquely flightless species. 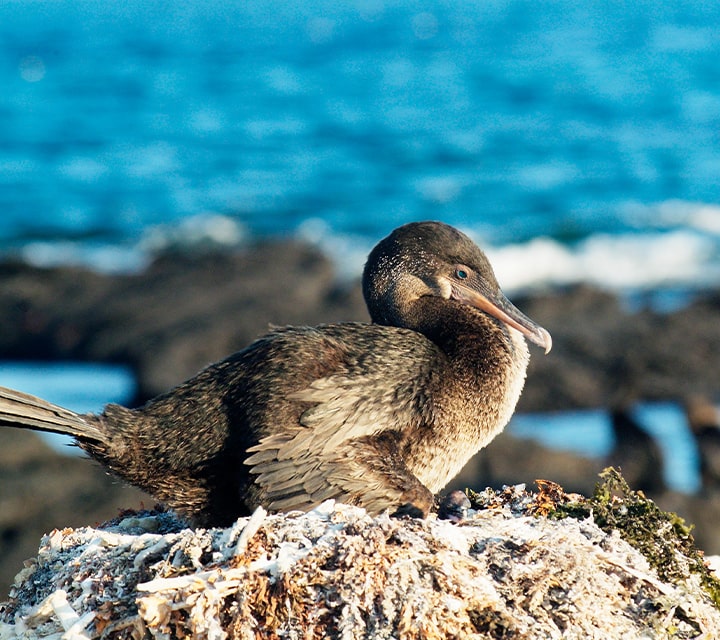 One of the questions we get asked the most at Quasar is this - What's the best time of year to travel to the Galapagos?